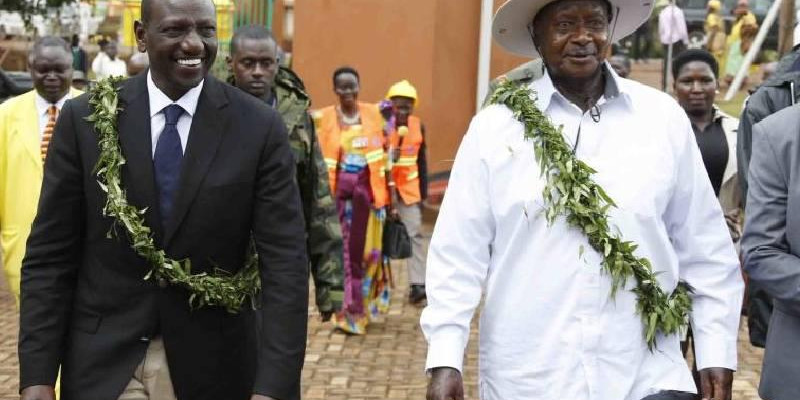 Kenya’s Deputy President William Ruto was set for a private trip to Uganda, the second time in a month, but was stopped by the immigration officers at the airport on Monday. Local media reported that immigration officials insisted that Ruto had to get clearance from the head of state, President Uhuru Kenyatta. Ruto was travelling alongside the other three members of parliament who were first denied clearance but were later allowed to fly. While it may be brushed off as a mere protocol glitch, those familiar with the intricacies of Kenyan politics, know it was an incident with many ramifications on how elections will unfold next year.

To provide contextual background, Vice President Ruto had become a regular visitor to Uganda’s President Museveni while presiding over big events and launching key Projects and factories. As Kenya heads into one of the tricky elections in 2022, his relationship with President Museveni has gained currency making his visits that were originally seen as cordial suspect and cantankerous causing a storm in Kenya with accusations of Uganda meddling in her internal affairs.

ODM lawmakers led by Chairman John Mbadi and Director of Elections Junet Mohamed questioned his relations to Uganda’s ruling party, National Resistance Movement (NRM) and its leader President Yoweri Kaguta Museveni. In a press conference, they chided Ruto's political game plan by accusing him of trying to use NRM tactics to launch a political juggernaut to deliver his Presidency. These statements didn’t auger well with the NRM Leadership which forced the party’s secretary-general to issue a response criticizing outbursts as reckless and counter-productive to the cordial relationship between both countries.

The flight affair was only the start. From the moment Ruto was stopped from flying to Uganda, the incident has provided not just a feast of ping pong politics, but an opportunity to understand the magnitude of the rift between President Uhuru Kenyatta and his Deputy President. While the bad blood between President Uhuru Kenyatta and his VP Ruto had hit a new low, no one had anticipated that it was going to degenerate into a new dispute of Kenya accusing Uganda of meddling in the politics of Kenya.

Being the longest-serving President in the region, President Museveni has a full grasp and understanding of geopolitics. An aspiring President of East Africa’s economic powerhouse would want to enjoy such a company. It is this relationship that has stocked tensions between Kenya and Uganda. The belief in the notion that President Museveni is meddling in Kenyan elections is now being seriously entertained in power circles in Nairobi. Having been isolated by President Uhuru and his allies purged from government, William Ruto has sought a friendship with Uganda’s President which observers say he intends to use to plan for the strategy to edge out Raila Odinga who is being backed by President Uhuru Kenyatta.

For years, President Museveni’s relationship and Veteran Politician Raila Odinga has been fraught with many contradictions. The duo seemed to enjoy a cordial relationship not until things appeared to turn sour when Museveni became the first head of state to congratulate, Raila Odinga’s nemesis, President Mwai Kibaki, in the aftermath of Kenya’s 2013 presidential elections. At the time, President Museveni had calculated that Mr Odinga who enjoyed unrivalled popularity, was a likely successor of President Mwai Kibaki.

Kenyan elections come at a time when President Museveni is not on good terms with President Kagame of Rwanda. Most likely he wouldn’t want to have other antagonistic relations with another neighbouring which is the gateway to Uganda’s economy.  Observers say a Raila Presidency would mean increased pressure for President Museveni’s isolation in the region.

As political temperatures in the build-up to the Kenyan elections reach fever point, with Raila Odinga camp favoured to dominate, perhaps we will see more incidents like these happening. From breaching of Uhuru-Ruto gentleman’s agreement to support Ruto’s Presidency to stopping Ruto from flying to Uganda, accusations of Uganda meddling in the elections and scheming political coalitions, the 2022 Kenyan Elections has already shown us the true face of Kenya’s chaotic electoral competition: a deeply tribalised political contest that has made country’s politics divisive and rancorous, whose appeal to common and unifying values feels emptier and more nebulous than ever.