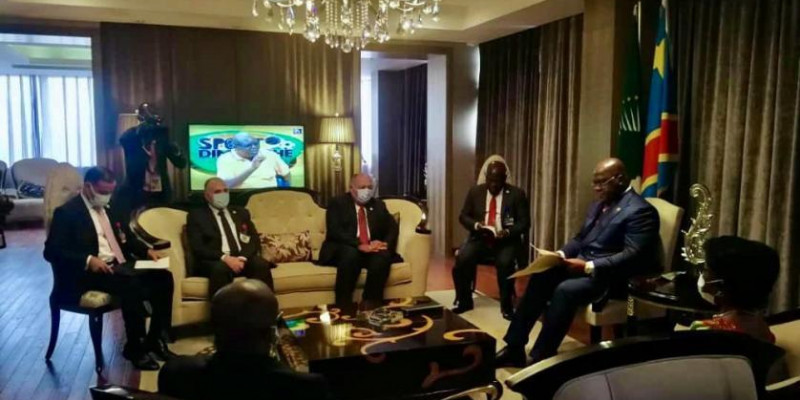 The latest round of talks held in Kinshasa among Egypt, Sudan and Ethiopia over the Grand Ethiopian Renaissance Dam (GERD) in Kinshasa have hit another snag. Delegations from three countries were meeting in the Democratic Republic of Congo under the auspices of President Tshisekedi amid efforts to make progress over a project that has stoked fears for a geopolitical contestation over who controls rights over the use of the Nile.

Egypt’s fears over the failure to reach an agreement on the dam stem from the fact the dam will compromise its supplies of Nile water, while Sudan is concerned about the dam’s safety and water flows through its dams and water stations. Talks in Kinshasa were envisaged to represent the last chance to strike a deal before Ethiopia begins to fill the dam for the second year.

Sudanese and Egyptian negotiators argue that Ethiopia’s unilateral moves to fill the dam without an agreement violate International-law. Despite Ethiopia’s emphasis that the second-year filling of the dam reservoir would be as transparent as possible, Egypt and Sudan are not convinced that their interests, demands and legitimate rights over the Nile would be secured.  Sudan and Egypt were mooting a proposal to include the European Union, United States and United Nations as mediators, on top of the current African Union facilitation of talks. A proposal that has been flatly rejected by Ethiopia, as well as other suggestions to restart negotiations.

In hindsight, GERD talks were never going to be smooth sailing. Of course, to Egypt, the matter of R. Nile has been a lifeline to its economy: an engine that fuels her development. A year ago, few lessons had been learned. Egypt’s negotiators – led by Foreign Minister – descended in Washington in ingenuously high spirits, only to leave with a humiliating face. The US mediated talks between Egypt, Sudan and Ethiopia for example had collapsed partly because the deal was devoid of Nile basin countries’ support, utterly oblivious of the prevailing currents of regional geopolitics, and armed with only the wildest claims of historical rights to the dam dating to the Anglo-Egyptian Agreement. While the rest of the Nile basin countries were negotiating a new framework that will secure the interests of the upper riparian states, Egypt has refused to embrace a new legal regime proposed by the Nile basin countries to govern R. Nile.

And so, here we are again: Negotiators of three countries flew to the Congolese capital in an attempt to secure a deal. Filling GERD has been a sort of wheeze beloved of the Ethiopian government: an easy source of patriotism and ruthless nationalism for a project that has been locally financed by the taxpayers. After the botched Washington talks, there has been an effort to reach an amicable agreement among the three countries of Egypt, Sudan and Ethiopia. Past negotiations on the dam have sunk into a nationalistic trap, especially in Ethiopia and Egypt exchanging war of words in what some observers have called the toxic “water war” narrative generating nationalistic rhetoric and confrontational tones.

The Ethiopian government views the dam as a symbol of sovereignty and unity. The GERD has been portrayed as a national treasure symbolizing Ethiopian independence from foreign influence, reclaiming its place in the region, and cementing its place on the continent as one of the economic tigers. Ethiopia is also opposed to Egypt’s historic claims to past agreements which allocates the river’s waters to Egypt without taking into consideration the rights of upstream countries.

In the past, Ethiopian politicians presented the GERD as an African project, benefiting the entire region. Nowadays the nationalistic pride trumps all alternative narratives, as exemplified by the failure to reach an agreement for the third time. In a country deeply divided along political and ethnic lines, the GERD is the only topic that all Ethiopians seem to agree on. The success of the Ethiopian government’s propaganda on the GERD project are not without their limits: Abiy cannot make too many concessions on the dam without losing political legitimacy and popular support. On the other side, he feels the pressure of one of his main sponsors, the US, to reach an agreement with Egypt. For all the optimistic talk, the odds remain firmly stacked against reaching a compromise. The nationalistic sentiments remain high for any country to make any meaningful concessions. In short: there are no guarantees, but there is a possibility of failure and a significant chance of collapse of talks than a breakthrough in the foreseeable future.