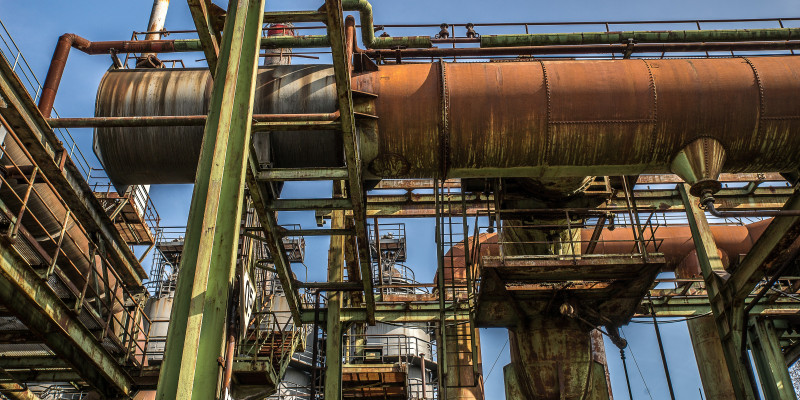 On the 15th of September 2020, the government of the Republic of Uganda and the Republic of Tanzania signed a Host Government Agreement (HGA) with TOTAL for the East Africa Crude Oil Pipeline project (EACOP). The HGA was also expected to regulate the construction and operation of the crude oil pipeline from Hoima, to Tanga, benefiting both Uganda and Tanzania through the transportation of crude oil to the international market.

In November 2020, Total concluded the process of acquiring Tullow’s interests in Uganda which included the EACOP. The pipeline will therefore be constructed and operated through a Pipeline Company with shareholding from the Uganda National Oil Company (UNOC), the Tanzania Petroleum Development Corporation (TPDC) and the two oil companies; TOTAL and CNOOC. Presently, the companies are set to embark on the development phase which is anticipated to lead to production. The EACOP is a 1,445km crude oil export pipeline that will transport Uganda’s crude oil from Kabaale – Hoima in Uganda to the Chongoleani peninsula near Tanga port in Tanzania. Uganda's crude oil is naturally viscous and waxy at room temperature; this implies that it solidifies when exposed to these temperatures. Therefore, to transport this oil, the Uganda- Tanzania oil export pipeline has to be heated at a minimum temperature of 50°Celcius and insulated. To maintain this operating temperature, the pipeline will be electrically heated to keep the oil in a liquid state along the entire route. The EACOP will be the longest electrically heated pipeline in the world.

In Uganda, it will cover a distance of 296 km, through 10 districts (Hoima, Kakumiro, Kyankwanzi, Mubende, Gomba, Sembabule, Lwengo, Kyotera, Rakai, Kikuube), and 25 sub-counties. In Tanzania, it will cover a distance of 1,147 km, through the eight regions (Kagera, Geita, Shinyanga, Tabora, Singida, Dodoma, Manyara, Tanga) and 24 districts. This major export system, (296 km in Uganda and 1,147 km in Tanzania), comprises a 24 inch insulated buried pipeline, 6 pumping stations (2 in Uganda and 4 in Tanzania) and a marine export terminal. The pipeline will be buried at a depth of 1.8 - 2 meters. It will be buried deeper in areas where it has to cross rivers or roads (EACOP RAP, 2019)

The project is expected to cost 3.5 Billion USD leading to a 60% rise in Foreign Direct Investment for Uganda and Tanzania during the construction phase. It is also expected to open doors and unlock the potential of East Africa’s oil by attracting Investments, partnerships, employment opportunities and therefore the improvement of livelihoods and most importantly to enhance infrastructural and logistical cooperation between the two countries making it a perfect opportunity and platform for technological transfer.

It is also expected to create employment for both highly skilled and semi-skilled professionals and casual labourers. The latter is expected to be sourced locally which will be helpful in skills development. It will also create opportunities for various actors such as the small scale and small and medium enterprises in various sectors of the economy such as food growers, the companies engaged in hospitality and also those who will be involved in pipeline development stages like the design, construction and maintenance of the pipeline. This is expected to improve the technical know-how of the locals and create a trickle-down effect in the economy thus yielding to local content.

According to the Government of Uganda, this was the most cost-friendly route to be used although it didn’t go without complications of the value of sites through which it has to run such as the populated areas and tourist attractions and cultural sites.

According to the Oxfam Report, a total of 5,300 hectares of land will be used for the construction and operation of the pipeline and therefore about 14,000 households will be displaced. An estimation of 200 households are in Uganda and 331 households have to be resettled. Approximately 3,200 to 3,500 households in Uganda and 9,513 in Tanzania will be economically displaced given that many are reliant on agriculture, livestock rearing and fishing.

Approximately 460 km of the pipeline will traverse through the basin of L. Victoria which means a serious threat to the largest freshwater source that supports about 40 million livelihoods in the Great Lakes Region. In Uganda for instance, the pipeline crosses the Kamugenyi, Wambabya, Kanywabarogo, and Kifenyi rivers, and the Kijubya and Lwemido swamps while in Tanzania, it crosses the Kagera, Wembere, Pangani and Sigi rivers.

Both the Government of Uganda and Tanzania have committed to compliance to both national legislation and international requirements to ensure the safety of the environment, the livelihoods of the people, the gender issues and the tourism sites. To that effect, Uganda and Tanzania have made the Environment and Social Impact Assessment and ensured approval as part of the measures to ensure compliance by the companies involved in the project.

Important to mention however is that, besides the fears and worries that engulf the locals regarding the impacts of the pipeline, there have been major concerns regarding the impact on the environment which saw 263 organisations signing a letter to major international banks that were expected to be approached to fund the project which led to questions over the final investment decisions.

According to the Inclusive Development International press release of March 18th, banks pronounced themselves and made it clear that they will not support EACOP after a letter was signed by 263 organisations around the world was sent to 25 banks calling for the prevention of the project. The statement also read “Barclays does not intend to participate in the financing of the East African Crude Oil Pipeline project,” and other major banks such as Credit Suisse hold the same position.

Organisations such as BankTrack have also been very outright about charging the banks against enabling EACOP on grounds that it is in no way compatible with the efforts being made to curb global warming and climate change. On this front, a hashtag #STOPEACOP was launched giving power of alliance to international environment activists, human rights organisations among other groups of allied interests.

Whether or not these efforts are geared towards the respect for human rights, the environment or climate change might be a subject to debate as observers have noted. However, their existence creates room for the imagination of what might be the possibilities in the journey of achieving EACOP given that many of the commitments made by the governments which could have resolved the fears have continued to stall.