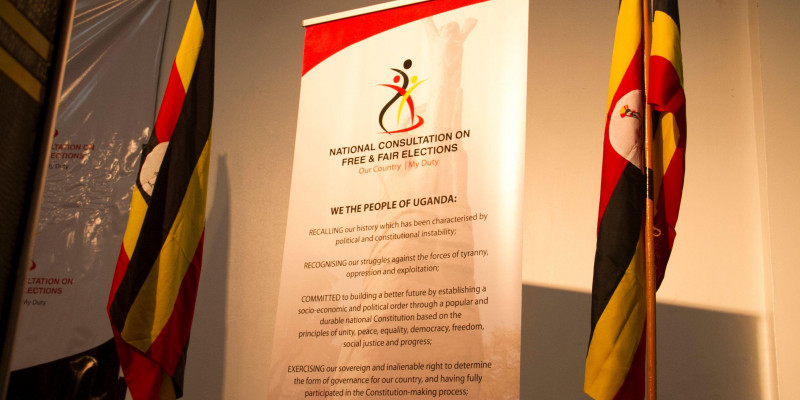 Recognizing that Uganda has had elections that are characterized by ballot staffing, military interference, voter intimidation misuse of public funds by the incumbent politicians to fund personal and partisan interests, the reconstruction of the electoral system became a cause so impossible to overlook if governance itself had to be transformed.

A consensus between senior members of society and various organizations such as Uganda Joint Christian Council (UJCC), Kick Corruption out of Kigezi (KICK), Forum for Women in Democracy (FOWODE), Development Networks of Indigenous Voluntary Associations (DENIVA) that there is need to have Uganda’s electoral laws revised was reached.

With support from the Great Lakes Institute for Strategic Studies (GLISS) in association with the Uganda National NGO Forum, a convention of over 1000 Ugandans from all over the country produced a petition which is the ‘Uganda Citizen’s Compact on Free and Fair Elections’ and was formally presented to Parliament for appropriate enactment into legislation.