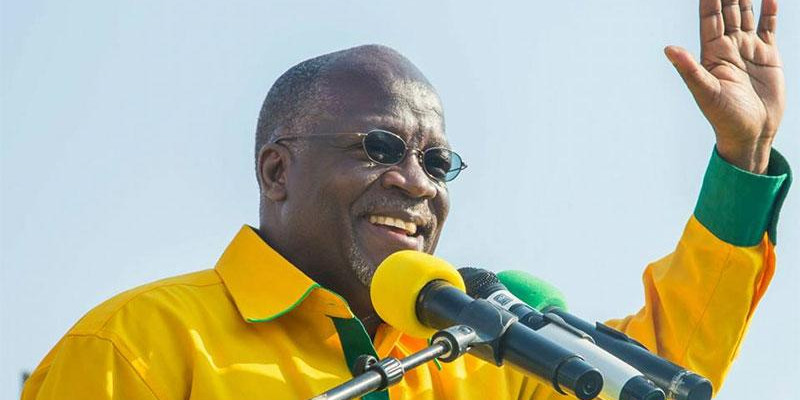 What The Death Of President John Pombe Magufuli Means To The Region?

After weeks of speculation, the news of President John Pombe Magufuli's death has sent shockwaves and reverberations: an outpouring of emotions and grief not only in Tanzania but also across the region. It has been shocking because President Magufuli had just emerged from an election and embarked on his new fiver year mandate. Born in 1959 in Tanzania’s far-flung district of Chato on the shores of Lake Victoria, Magufuli attained his primary, secondary and University education with distinction. He worked as a school teacher and industrial chemist at Nyanza textile Cooperative before he was appointed by the deputy minister for works, transport and communication in 1995.

As a Minister, Magufuli's track record built on hard work and discipline earned him a "bulldozer" monicker: no-nonsense leader obsessed with results and averse to mediocrity. Remorselessly workaholic and fiercely hardworking, the ministry delivered multi-billion projects on time. This was the Magufuli way: serving in public service with uncompromising dedication, ruthless commitment and just a touch of perfection.

Magufuli was an unlikely candidate for becoming President of Tanzania. He was far from the upper echelons of Chama Cha Mapinduzi Party. The front runner had been Edward Lowassa, who had served as prime minister for three years under Mkapa’s successor, Jakaya Kikwete. He was a favourite since he enjoyed the proximity to precincts of power. As fate would have it, Lowassa was summarily dismissed after getting entangled in a corruption scandal. Magufuli eventually won the nomination ascending into Presidency without much difficulty, which came as a surprise to the rank and file of the Chama Cha mapinduzi party.

By 2015, Chama Cha Mapinduzi's administration was a typical African government: grossly corrupt, calamitously misgoverned, financially mismanaged and perilously inefficient. He then embarked on the cleaning up by fighting graft and extravagant government spending. The President’s fierce and unapologetic stance on corruption and incompetence had saved public service astronomical figures from wasteful leakages.

Magufuli earned praise nationally and internationally. “What would Magufuli do” became a catchword to shine a light on what he could achieve if he was a president of any African country. However, his honeymoon was truncated in time when his true authoritarian streak started to manifest. On the political scene, he hunted down political opponents with murderous relish. He clashed dissent by shutting down media houses not just in ones and twos but sixes and tens. All this is underpinned by the urge to tighten his grip on power.

His legacy will divide opinion. He was detested and dreaded, respected and relished in equal measure. For all Magufuli'’s pedigree as the visionary leader, Chama Cha Mapinduzi knew that they were appointing a very charismatic sort of genius: one prepared to defend his principles to the point of a bayonet. He did so by being stubbornly and autocratically unafraid to remake Tanzania in his obsessive image of changing the public service work ethic. When speaking of his legacy, one must start with the Magufuli’s effect on Tanzania’s economy. Magufuli has led one of East Africa's struggling economies into a middle-income status two years ahead of schedule.

Then came the Coronavirus pandemic, there were the stories: many of which lay in the grey area between myth and truth, and yet served to cement Magufuli's’s reputation as an irresistible apostate. There was the time when he announced that scientists had tested pawpaws, goats and found out that they were Coronavirus positive. The time he asked Tanzania's to shun masks and social distancing. The time he declared Tanzania as COVID-19- free. Bereft and exhausted, he sought solace by asking the citizens to turn to God and pray for the nation. The denial of the existence of COVID-19 while his people and many others across the world died tainted his image. Having downplayed the seriousness of the pandemic, his critics assert that his death is a typical case of chicken finally coming home to roost.

Unlike many African Presidents with their penchant for trips to foreign capitals, Magufuli weaned public servants from frequent travels. He travelled less and when he did, he preferred hitchhiking to flying first-class. Yet in another sense, his legacy is already secure. Magufuli was a big part of the reason ordinary citizens adored him with his unashamed style of leadership and persistent dedication to serving the public good.

Magufuli’s passing raises urgent questions about whether Tanzania’s position and foreign policy in the region will change direction or stay the course. During his presidency, Magufuli had implemented what analysts had called a ruthless nationalist economic agenda characterized by stifled regional and international trade and a blow to foreign direct investment (FDI). Magufuli went to great lengths to quiet dissent—outlawing statistics that challenged official government data. His administration stopped releasing Covid-19 data at the end of April 2020, creating rifts between Tanzania and East African governments instituting strict Covid-19 measures.

There is a feeling that Magufuli’s successor may implement a fresh agenda which is a radical departure from the isolationist policy which has been the hallmark of Magufuli administration. The new president will probably refrain from a wholesale repudiation of Magufuli’s policies, including those that stifle civil society and the media. There have also been questions around changes in the national Covid-19 response. Tanzania’s approach to date was spearheaded by Magufuli without broad political consensus, and there could be a rapid shift on issues such as testing and vaccine procurement. There will also be questions about Suluhu’s decisions to pause, scrap, or continue major development projects, including a $3.5 billion crude oil pipeline led by Total SA, a liquified natural gas plant, a hydropower plant, and a standard gauge railway, for which Magufuli secured $1.3 billion of Chinese loans in January 2021.

The international community has an opportunity to reset relations with Tanzania and demonstrate its support during this time of transition. Regional governments should focus on trade, health, and security issues, while the international players who had a rocky relationship with Magufuli have an opportunity to extend an olive branch and test whether a new partnership is possible. In the wake of Magufuli’s passing, Tanzania’s neighbours have an opportunity to resolve simmering trade disputes, smooth over clashes related to Covid-19 containment strategies, and deepen security cooperation. Over the past five years, Magufuli clamped down on regional trade and butted heads with regional leaders over Covid-19 mitigation strategies. East African leaders should press for increased economic integration, the ratification of the Africa Continental Free Trade Area (AfCFTA) agreement, and the relaxation of bans on regional goods and services. Regional powers will need to approach the new president—who will look to them to boost her international legitimacy—with patience, prioritizing relations over photo ops.

For all his human flaws and foibles it is Magufuli, more than any other President in Africa, who seems to have encapsulated what politics should be about. It's a calling. It’s about public-spiritedness, ambition, desire and innate drive to put country before self. It’s about dedicating your whole adult life for the sake of public service, work for the sake of transforming your country, the undying faith that at the very kernel of this flawed and ugly political contestation, there is something beyond occupying public office and titles, something worth treasuring. History is the best judge. It immortalises heroes on its hall of fame and condemns the villains to its dust bins. Of course, the story of Magufuli will not be that of a villain but a statesman whose legacy notwithstanding his misdeeds will remain eternally and indelibly imprinted on memories of many Tanzanians.