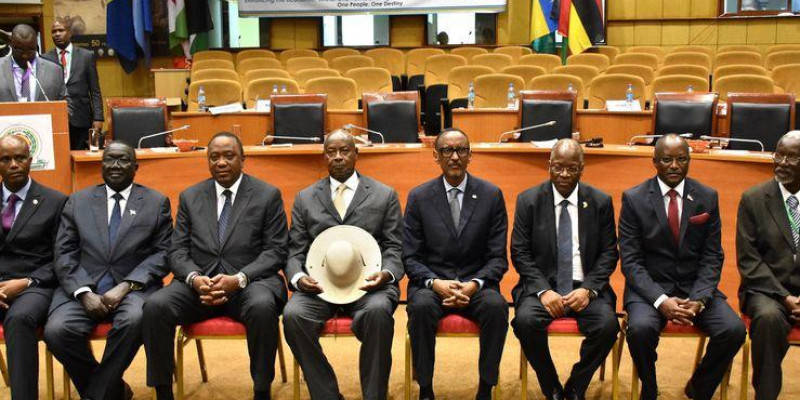 How Covid-19 Pandemic Has Shone Light On The East African Integration Project Crisis.

The year was 1977 when the East African Community clanked to a grinding halt. Sharp political differences between the erstwhile leaders and unfair distribution of the benefits and costs of regional integration were among many issues that tormented the once rosy and promising integration experiment.

Heralded as one of the most successful integration schemes on the African continent, the regional block has been straight-jacketed by several issues. Uganda’s border impasse with Rwanda, failure to convene EAC Heads of State Summit in recent years, lack of COVID-19 common regional strategy and Uganda’s trade war with Kenya are a chilling reminder of the challenges that bedevilled the collapse of the previous regional integration project and offer a glimpse of what awaits the community if these glaring issues are not urgently addressed.

In 1917, Uganda and Kenya formed a customs union which ushered in free-intra trade and a common external tariff. Tanzania joined the union in 1927. It was a blueprint for an experiment that might not only benefit East African countries as a whole but also jumpstart the community as a regional economic tiger. However, this union could not survive because it was firmly built mainly on colonial whims to the detriment of the East African interests.

With the advent of Independence in the 1960s, a wave of euphoria was sweeping across the region. The EAC was reborn amidst hope and optimism. Free movement of people within the community. Intra-area trade grew in leaps and bounds. Common services like universities, airlines, railways, and other infrastructures became commonplace. Endearment became a by-word for the community, only to catastrophically collapse after just 10 years.

Kenya with its market-oriented policies was increasingly viewed to have reaped at the expense of our member states. Tanzania moved to the left with the state controlling the commanding heights of the economy. The emergence of President Idi Amin of Uganda was the last coffin in the experiment. He sucked the remaining political will that been the cornerstone of the community. The Heads of State meetings with Jomo Kenyatta and Julius Nyerere were summarily suspended. This robbed the community trust- a treasured component that oiled sometimes frustratingly slow wheels of the economic and political integration project. The community finally collapsed in 1977 without a foreseeable plan to be rejuvenated soon or later. In 2000, EAC was reborn following the ratification of the treaty of the establishment by the three-member states. By January 2005, the governance structure and institutions were in place and the customs union became operational. Burundi and Rwanda became members of the EAC in July 2007 and joined the customs union two years later. Further expansion occurred in September 2016 when South Sudan joined the EAC.

Much as the EAC has been revived, it remains haunted by its past demons. Cross-border tensions and trade wars and accusations and counter-accusations of subversions against member states have made observers believe such state of affairs has raised questions front and centre on the spectre of a breakup of the EAC.Coronavirus has shone an unforgiving spotlight on the regional block’s crisis that can be traced back over 40 years. It also presents an opportunity to reset and reconfigure its foundation and values if it is to remain relevant to the ideals upon which it was founded. It has exposed sharp fault lines in the dream and delusions of the EAC. It has shown the huge gulf between the grand aspirations of the EAC’s enthusiasts and the harsh reality of achieving them. Much as East African Community’s journey to integration has been agonizingly slow and frustratingly not forthcoming, Corona Virus pandemic has broadened the rift between policy and action.

In many ways, this stagnation has been growing for some time: years, perhaps even decade. East Africa’s inability to come together and function as a regional block did not happen overnight; it has been occurring, instead of in miniature devasting steps. So, the story of East African countries’ inability to fasten the process of integration, has also been one of silo approach to integration, nationalism and mercantilism. Of course, no country’s politics is free of deep-seated suspicion and mistrust but there does seem something innate and instinctive in East African community resistance to collective action especially at a time when there is a common enemy that threatens to undermine the very gains that have been collectively achieved over the past decade.

Each country has been implementing piece-meal policies to contain the pandemic. The failure of the EAC to come together adopt a common sense and holistic policy to contain COVID is a big mistake on many levels. It's an indictment that the dream of East African Integration is far from being achieved. It’s this reluctance of the community that has gnawed away an opportunity to ditch selfish national interests in favour of Community interests.Here is the point. Any successful federation must be built on cardinal tenets of mutual trust and willingness to make hardnosed bargains and compromises in the interest of the East African Community. It’s increasingly becoming clear that sense of collective action and spirit of unity has failed to manifest itself in the East African Community especially at a time when it is needed most.