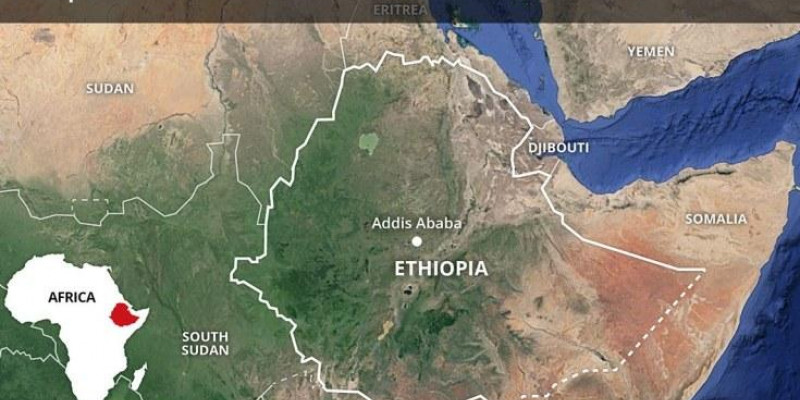 Sudan And Ethiopia On The Brink Of War Over Al Fashaga Border Dispute.

Ethiopia and Sudan are warning each other against worsening a historic border dispute. While they have fought over the fertile Al Fashaga region for a century, the recent dispute has increased skirmishes in the past two months. The specifics of the border between Sudan and Ethiopia have long been in dispute, but a 2008 compromise had allowed for a “soft border” in the al-Fashaga region, letting Ethiopian farming communities remain in place without surrendering Sudan’s claim to the territory.

While the two states have different perspectives on the trigger for recent flare-ups in the area, what is clear is that both have amassed military forces along the border, creating the conditions for dangerous miscalculations bordering on brinkmanship. This latest escalation of tensions that have threatened to plunge both countries on the brink of full-scale war stems from claims that Ethiopia has violated Sudan’s sovereignty by flying a military aircraft in what Sudan considers her territory

It can be tempting for some to overlook the magnitude of the dispute in the historical purview of the dispute—if previous attempts to amicably resolve the dispute have hit a dead-end for decades, then goes the thinking that, perhaps it is not an urgent priority. But the context and timing in which this area is contested has become incredibly volatile and tense and thus the unsuccessful negotiations around the Grand Ethiopian Renaissance Dam and associated management of critical Nile waters have fuelled regional antagonism and suspicion.

Sudan’s transition remains fragile and it's future uncertain, but what is certain is that security threats provide ample opportunity to tip the scales in favour of the military rather than civilian reformers. In Ethiopia, the demands coming from Prime Minister Abiy’s shifting base of political support, and the questions arising from Eritrean involvement in the Tigray campaign, make chauvinism on the border issue an appealing position at home.

While Ethiopian Prime Minister Abiy Ahmed's friendly relationship with his Sudanese counterpart was cause for optimism, the speed and scale which the turn of events have degenerated should invite concern. Crisis has a marvellous way of focusing minds— War,too. Stung not just by the urgency of the issue but by largely underlying factors that may have led to the escalation of tensions.

Observers posit that Sudan is trying to take advantage of Ethiopia at a time when she is still reeling from an on-going armed conflict in the northern Tigray region and equally there are fears from the Sudanese side that the Ethiopians may try and take some of the disputed territories amid the chaos.

Sudan is currently hosting more than 50,000 Ethiopian refugees from the Tigray conflict. Refugee agencies are now scrambling to relocate the refugees away from the border. The international community must find the bandwidth and will to prevent tensions on the Ethiopia-Sudan border from escalating, threatening to make an already difficult situation worse.

Away from the core issue of the border, the Grand Ethiopian Renaissance Dam(GERD) also looms over Ethiopia and Sudan's tense relationship. Ethiopia’s ambitious project of building Africa's largest hydroelectric power plant has rubbed her neighbours the wrong way. The lack of consensus over the GERD is part of a long-standing feud between Egypt and Sudan—the downstream states—on one hand, and Ethiopia and the upstream riparians on the other over access to the Nile’s waters, which are considered a lifeline for millions of people living in Egypt and Sudan.

Analysts say that despite Sudan's increasing aggressiveness, a protracted conflict is not in the best interests of the Sudanese interim government or the Sudanese people. Sudan is undergoing a political transition after the overthrow of Omar al-Bashir in 2019. At the same time, the prospect of Ethiopia opening up another major military front is worrying because the country is already fragile and if it were to have more internal instability that would also have regional ramifications.The current state of affairs isn’t good for the region as the security stakes are already high. Ethiopia is accusing Egypt of waging a proxy war to foil her plans of filling the GERD after failure to reach an agreement.   As the tensions over the border dispute reach fever-point, it is safe for both countries to consider dialogue over reckless threats of engaging in a costly and unnecessary war.