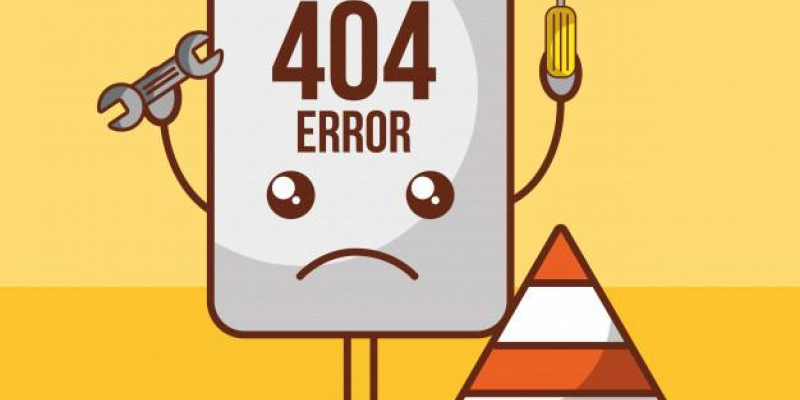 An internet shutdown can be defined as an “intentional disruption of internet or electronic communications, rendering them inaccessible or effectively unusable, for a specific population or within a location, often to exert control over the flow of information.” They include blocks of social media platforms, and are also referred to as “blackouts,” “kill switches,” or “network disruptions.”

The phenomenal of internet disruptions continues to rise in use across the African continent. Governments continue to justify the blackouts, including national security, fake news prevention, suspected terrorist attack among others. In a few years, governments have used partial and total black outs to control public discussions and access to information.

This widespread cut off of internet is the most extreme type of internet shutdown because it precludes African citizens’ access to any internet services for example web research, online media, social media. The blockage of an entire nation’s Internet access is therefore the most restrictive to Internet users’ rights. It is evident that within the great lakes’ region, there are countries that have not had internet shutdowns, not necessarily because they thrive in democratic spaces but because they have high-handed internet control measures rendering overt internet shutdowns unnecessary.

Below is a timeline of internet shutdowns that have happened with in the Great Lakes Region in the period between 1996 to 2022:

APRIL 2015: This was the first social media shut down in East Africa, it was geared to stop the protests that were erupting as a result of President Pierre Nkurunziza’s decision to run for a third term in June 2015. The Burundian constitution allows for only two terms of office. The government in response to the protest’s shutdown all social media (Twitter, Facebook, Vibe, WhatsApp etc) and the instant messaging services.

MARCH 2016: Interior Minister Raymond Mboulou wrote to telecommunication companies urging them to shut off telephone, internet and SMS services for 48 hours for “reasons of security and national safety”.

It appears that those governments link their orders to the necessity to protect the public order. It was clearly disclosed in Congo-Brazzaville, in march 2016, when the Minister of Interior ordered telecom operators to shutdown internet access for 48 hours, by referring to national security reasons. This happened just as Congolese citizens were headed to the polls, a government source told AFP news agency the shutdown was intended to stop any "illegal" publication of the results of Sunday's elections.

MARCH 2021: The internet blackout in the Republic of Congo was on the day of presidential elections, Sunday 21 March 2021. The internet disruption continued as polling took place and as votes were counted, and service was not substantially restored until after election results

DEMOCRATIC REPUBLIC OF THE CONGO (DRC)

The Democratic Republic of Congo is one of the most frequent culprits imposing internet shutdowns, especially during social unrest. For instance, DRC shut down the internet three times in 2018, and two of the shutdown incidents we documented took place during protests.

JANUARY & FEBRUARY 2018: The shutdown lasted for about three days the shutdowns were as a result of people took to the streets to denounce President Kabila’s decision to postpone elections for another year.

DECEMBER 30, 2018: The social media access disruptions were reported on December 31, 2018, as the country went to the polls in fractious elections to replace outgoing president Joseph Kabila. Netblocks, a network monitoring organisation, reported major outages affecting mobile and fixed-line connections, and a full blackout in Lubumbashi and parts of the capital Kinshasa, as well as mobile connectivity in Goma and other regions.

In the 2006 elections, the Uganda Communications Commission (UCC) instructed ISPs to block access to the website of Radio Katwe for publishing ‘malicious and false information’ against the ruling National Resistance Movement and its presidential candidate.

APRIL 2011: Uganda Communications Commission instructed ISPs to temporarily block access to Facebook and Twitter for 24 hours to eliminate connecting and sharing of information. The order came in the heat of opposition-led “walk to work” protests over rising fuel and food prices. The reason given by the Uganda Communications Commission was the shutdown was to prevent violence. The restrictions lasted for four full days, affecting social media platforms and mobile money services.  Earlier that year, the government had required ISPs to filter SMS messages that contained certain words including “Egypt,” “bullet,” and “people power” during the election period.

FEBRUARY 2016: social media platforms were shut down twice by the Ugandan authorities. The first shutdown happened on the eve of the presidential election. The restrictions lasted for four full days.

May 11, 2016: access to social media platforms and mobile money services was blocked for the second time. The 24-hour shutdown happened the day before President Yoweri Museveni’s inauguration ceremony for his fifth term as president.

JANUARY 2021: Two days ahead of the general elections, internet service providers were ordered to block access to social media platforms. The country experienced a widespread internet blackout that lasted 4 days, starting on the eve of the election (13th January 2021) and ending in the morning of 18th January 2021. In the days leading up to the election, access to major social media platforms and circumvention tools was blocked.

FEBRUARY 1996: This is the first official incidence of internet censorship in Africa by an African government. The Zambian government was able to remove a banned edition of The Post from the newspaper’s website by threatening the country’s main ISP, Zamnet.

AUGUST 2021: Zambia intentionally blocked access to social media platforms — including WhatsApp, Twitter, Instagram, and Facebook — during the country’s presidential election on August 12. The shutdown severely undermined people’s ability to communicate and receive information through the course of the election, while also impacting their lives, work, education, and relationships. Zambia’s election had already been tainted by political violence, with the government deploying the military to control the population and an onslaught of assassinations and arrests in the weeks leading up to the elections.

DECEMBER 2007: In Kenya, following the 2007 post-election violence, the government blamed communications mediums such as broadcast media and SMS for fanning the violence. It banned live broadcasting prior to the announcement of election results citing “public safety and tranquillity”, prompting citizens to turn to SMS and social media to circumvent the traditional media blackout.

APRIL 2010: The Sudanese authorities blocked YouTube on April 21, 2010, following the 2010 presidential election, and also blocked YouTube's owner Google. The block was in response to a YouTube video appearing to show National Electoral Commission workers in official uniforms and a child in the Hamashkoreib region filling out voting strips and putting them into ballot boxes, with one of them expressing relief that the voting period had been extended for them to finish their work. Sudan had previously blocked YouTube temporarily in 2008 for unknown reasons.

September 2012: YouTube was banned again by National Telecommunication Corporation for not removing Innocence of Muslims, a controversial anti-Islamic film. However, the block was later lifted.

DECEMBER 2018: Just a few days before the New Year, Sudan was rocked by protests. As the protests engulfed the country, Sudanese authorities blocked access to social media sites including Facebook, WhatsApp, and Twitter. The Sudan government shut down social media access on mobile networks across the country following marches calling for the resignation of president Omar al-Bashir, who has ruled over the nation for almost three decades. The communications disruption continued to remain in place at the end of January 2019. The first round of shutdowns lasted eight days (December 20-28, 2018) and then continued, on and off, until February 2019.

APRIL 2019: Social media blocks were re-introduced as demonstrations increased in intensity. The restrictions tried – and failed – to stop the circulation of posts. Access was restored after al-Bashir finally declared that he would step down after top military generals turned against the ruler.

JUNE – JULY 2019: As protests continued following a military coup, the internet was restricted to prevent the flow of information, such as the recovery of at least 40 bodies from the River Nile. This persisted until the protests ended with the formal establishment of a transitional government at the beginning of August 2019.

SEPTEMBER 2020: Internet services were suspended during the Secondary Education Exams, the Military Council continued to control the telecom sector in Sudan, despite the 2019 decisions to shift control of the sector to civilian-run ministries and the Sudanese cabinet’s 2020 calls for structural reform and for expanding the Ministry of Finance’s mandate to include companies managed by the Sudanese Armed Forces.

OCTOBER - NOVEMBER 2021: The Sudanese military, led by General Abdel Fattah al-Burhan, seized power on October 25, dissolving the transitional administration and arresting dozens of government officials and politicians. Since then, online access has largely been blocked and phone lines have also been intermittently disrupted. While some Sudanese users have managed to find a connection, the blackout has made it difficult for most people to communicate, particularly with those outside the country.

OCTOBER 2020: In the lead-up to the presidential elections scheduled for October 28, 2020, authorities took a series of actions to restrict the digital rights of the Tanzanian people. Specifically, the Tanzania Communication Regulatory Authority (TCRA), acting under the repressive Magufuli government, forced telecom and internet service providers to install internet filtering equipment from the Israeli firm Allot, and then deliberately disrupted Twitter, WhatsApp, and Telegram one day before the election. The TCRA had previously ordered telco service providers to suspend access to short messaging services (SMS) and voice services, leaving millions of Tanzanians without effective communication tools.

AUGUST 2021: Ahead of the South Sudanes’ activists’ planned protests against the country’s leadership, including President Salva Kiir and Vice President Riek Machar—Internet services in South Sudan were disrupted and security forces patrolled the streets. The outage affected cellular and some fixed-line connectivity.