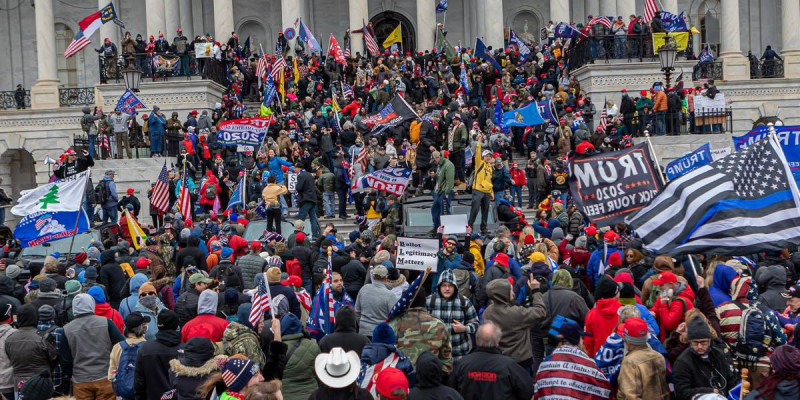 Us Capitol Hill Siege: How It Is Likely To Undermine Fledgling Democracy In Africa.

The images of Trump Supporters storming the Capitol Hill in Washington- the heart of American democracy have sent shock waves across the world. This has been followed by a chorus of stinging criticism from American leaders past and present across the political divide condemning the security breach of the building housing the seat of government. Leaders from the European Union too added their chastising voices against President Donald Trump who has undermined America’s long history of established and tested democratic ritual of transition. This is an explicit rebuke—and warning—to a president attempting to overturn the election, undermine constitutional order, and cling to power.

Now there is an ensuing heated debate about whether democracy is in danger and what this means to fledgling democracies in Africa that are struggling to take root. There are genuine fears that the state of affairs in America will embolden dictators in Africa who are using America’s injured democratic experiment to justify their excesses at home by entrenching their tight grip on power. There is an urge by tinpot dictatorial regimes in Africa to use the events that have unfolded in America as a convenient veneer to deflect attention from the grave and glaring obstacles to meaningful democratic reforms at home.

Generally Donald’s Trump Presidency and eventual storming of the Capitol Hill has shattered the seemingly messianic image of the US. It has not only bruised America's moral high ground but also robbed it moral authority to preach and encourage democratic values across the world. How United’s States elections have unfolded feels emblematic of something disturbing: a nation whose hubris of her democratic credentials has been debunked and deflated. Were it not distractions caused by COVID-19, this would have been a more dramatic moment: US election authorities declaring Joe Biden the winner, and yet President Donald Trump doggedly insisting that the election has been rigged.

This has been a surreal cinematic development here: the leader of the free world-threatening not to hand over power to his counterpart. Or to put in another way: it has been a disturbing sight for America’s sitting President to question the integrity of an election—a ritual that has been prized as a reliable tool to oil and sustain a 232-year democracy that has been handed down from one administration to another. It has shaken the very foundations of ideological commitment to democracy and a deep aversion to tyranny that has made American an envy of the world. Will America recover and bounce back from this predicament? Of course, it will, but with a bloodied nose and pocked eye in its democratic facade.

Sudan Teetering On The Weight Of Tigray Conflict As It Calls For Dialogue.