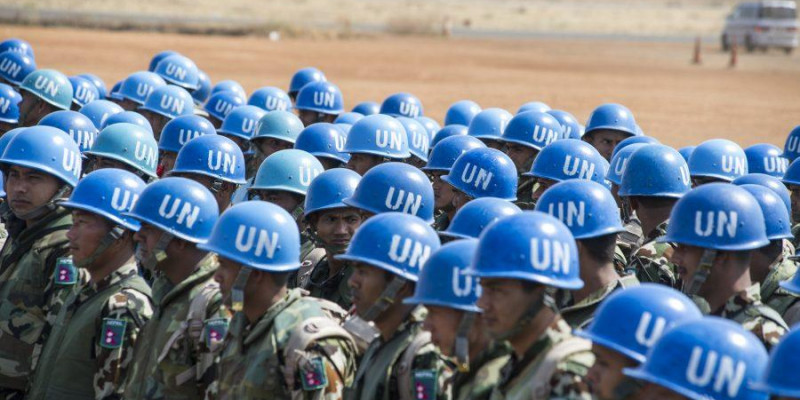 The United Nations Security Council has put an end to its peacekeeping mission in Sudan after accomplishing its mandate. UNAMID troops came from Bangladesh, China, Egypt, Ethiopia, Gambia, Indonesia, Kenya, Nepal, Nigeria, Pakistan, Rwanda, Senegal and Tanzania.  UNAMID’s main tasks were to protect civilians and maintain security and stability in the Darfur region at the height of the conflict that threatened to shutter the country. This development comes after the Security Council, unanimously adopted resolution 2559 of 2020, agreeing to terminate the mandate of UNAMID and grant powers for civilian protection to Khartoum. It also means that the African Union-United Nations Hybrid Operation in Darfur (UNAMID) will stop its operations after December 31, bringing its 13-year tenure of pacifying a country that experienced war to a grinding halt.

Darfur was at the centre of a bitter conflict between African minority rebels complaining of marginalization, and forces backed by the government of now-ousted President Omar al-Bashir that threatened to tear the country apart and according to UN figures, bordered on genocide claiming 300,000 people and displacing 2.5 million others. In an attempt to forge a new chapter, Sudan's transitional government signed a peace deal with a coalition of rebel and political groups from Darfur. The agreement covered pressing issues ranging from security to land ownership, transitional justice, power-sharing and the return of people who fled their homes due to fighting. It also provides for the dismantling of rebel forces and the integration of their fighters into the national army. Sudan's government in a bid to right the wrongs has agreed to set up a special court for crimes in Darfur where former President Omar-El Bashir is set to stand trial. Observers say the move by the Security Council could close a horrid chapter on the part of Sudan where thousands of civilians were butchered in the war between rebels fighting for the rights of African Minority and militia allied to the government of Omar al-Bashir. UNAMID’S pull out in Sudan means that the country will have to embark on the tumultuous road to rebuild the local communities’ confidence in its authority by delivering justice and security.

This is a turning point because it puts Sudan on a new trajectory and ushers a renewed acceptance to the international community- a key international trait to Khartoum as it rebuilds from years of war and isolation. It also elevates Sudan’s image in the eyes of the international community, coming just days after the US government formally removed Sudan from the list of state sponsors of terrorism. However, there are serious concerns over a security vacuum in Sudan’s Western region of Darfur as the African Union and UN Hybrid Mission in Darfur (UNAMID) winds up from the once war-torn region. The move to withdraw from one of the conflict hot spots in the region has been greeted with scepticism with experts arguing that there are still deep-seated and sharp fault lines with in the country and that it is premature to handover the task of healing the country from the legacy of conflict to a transitional government that hasn’t gained acceptance and legitimacy across the political divide.