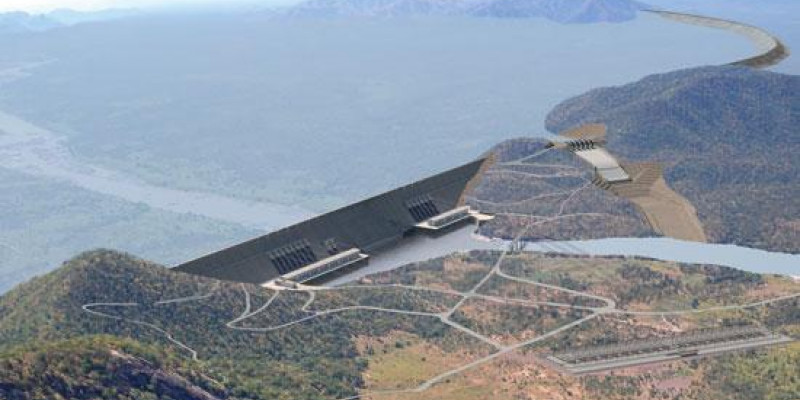 In the aftermath of talks between Sudan, Egypt and Ethiopia to resolve their long-running dispute over the Addis Ababa’s Grand Ethiopian Renaissance Dam hit a dead end, Sudan has voiced its reservations over engagement in future negotiations.This development follows previous futile tripartite talks that have failed to make headway and produce an agreement on the filling and operation of the vast reservoir behind the Grand Ethiopian Renaissance Dam (GERD), a hydropower project which broke ground in 2011.

Sudan’s reluctance to continue with the talks come at a time when calls for AU experts to mediate the intricate negotiations and iron out the long-standing differences among the three parties has been flatly rejected by Egypt and Ethiopia. Her position is hinged on the adherence to the negotiation process under the AU which calls for the principle of "African solutions for African issues. The three countries have been negotiating under the AU stewardship to resolve technical and legal issues related to the filling and operation of the Grand Renaissance dam talks.

The Sudanese negotiators believe that the Grand Renaissance dam talks should go beyond the level of irrigation ministers and be referred to the AU and the leaders of the three countries to provide the political will to bring their positions closer. The Nile-which is the world’s longest river is a lifeline supplying both water and electricity to the 10 countries in the Nile basin and has generated contestation in recent years since Ethiopia embarked on the Grand Renaissance dam with analysts suggesting that if the current deadlock is not resolved, it may escalate into a conflict that may usher in water wars in the region as countries battle to take its control.

Ethiopia, which started building the Grand Renaissance Dam in 2011, anticipates producing more than 6,000 megawatts of electricity from the project, while Egypt and Sudan, downstream Nile Basin countries that rely on the river for its freshwater, are concerned that the dam might bring existential threats to their survival which depends on the R Nile. As Sudan chickens out of the on-going talks, key questions like how much water Ethiopia will release downstream if a multiyear drought occurs and how the three countries will resolve any future disputes remain unanswered.