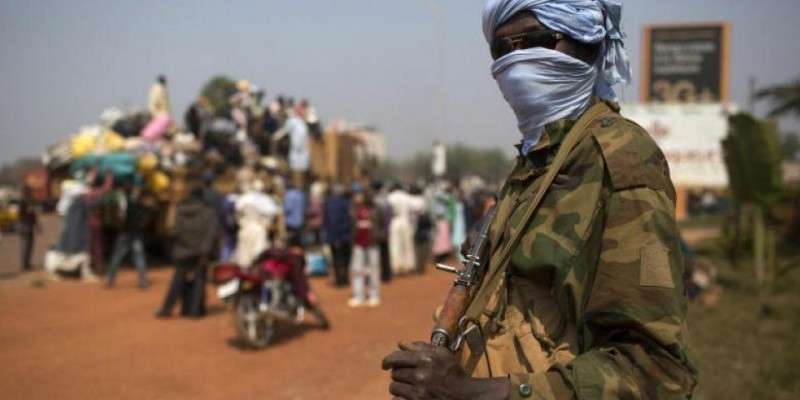 As the Central African Republic heads to its elections slated for 27th December, violence has erupted in the capital Bangui between rebel groups, on one hand, government and UN forces on the other hand. The genesis of the recent pockets of violence is believed to have been caused the decision by the Constitutional Court to block former President Francois Bozizé from running in the elections has caused political tensions to reach fever point— sparking spikes of violence that threaten to plunge the country into political turmoil.

The Central African Republic has been embroiled in recurring spates fighting of varying intensity for decades since 2013 when the Seleka- a Muslim rebel coalition from the country’s northeast rose against President Bozizé’s government and briefly held power until regional countries pushed it to stand down.

Non-Muslim “anti-balaka” forces sprang up to defend non-Muslims against the Seleka’s on-slaught. Since this crisis, both former Seleka and anti-balaka factions have splintered, while new ones have formed. These armed groups have been responsible for widespread insecurity across the country as they battle each other and government forces for turf and influence.

A 2019 peace deal that fourteen armed factions signed has been shortened with fresh violence. The armed groups have grown increasingly impatient at what they see as the government’s failure since 2019 to implement parts of the agreement, including integrating their fighters into specially mixed brigades. The African Union, a guarantor of the 2019 peace agreement has not yet pronounced itself strongly on the current developments.

On 15 December, a coalition of six of the largest and most well-equipped armed groups, including both ex-Seleka and anti-balaka factions, issued a communiqué lambasting what they insisted were shoddy electoral preparations. These groups had previously been signatories of the February 2019 peace agreement but now declared their intent to cease all cooperation with the government. In a further declaration, they called for armed popular insurrection and proclaimed their intention to march on the capital.

Rwandan and Russian troops through bilateral pacts established with President Faustin-Archange Touadéra have intervened in ensuring that they support the current government from rebel on-slaught and prevent conditions that could jeopardize the polls slated for next Sunday. Russia’s military support to President Toouadéra is a continuation of military cooperation that was negotiated at Africa-Russia Forum in Sochi last year. This is increasingly seen as a departure from looking up to France her former colonial master which was instrumental in ending the conflict in 2013.

Observers are worried that if the country cannot organise polls, and a new president and national assembly elected before the expiry of the mandate of the current government, President Touadéra’s political nemesis will challenge the legitimacy of his government. With no clear pathway towards establishing an interim government, the country appears destined to more skirmishes with the rebel groups. Given that political olution is unlikely to be achieved, dialogue as a matter of urgency is needed to deescalate tensions between both groups. As the election date draws near, a grim prediction for uncertainty and fear looms large on the county's fragile political landscape.

Why President Museveni And The West Loathe But Need Each Other Anyway?