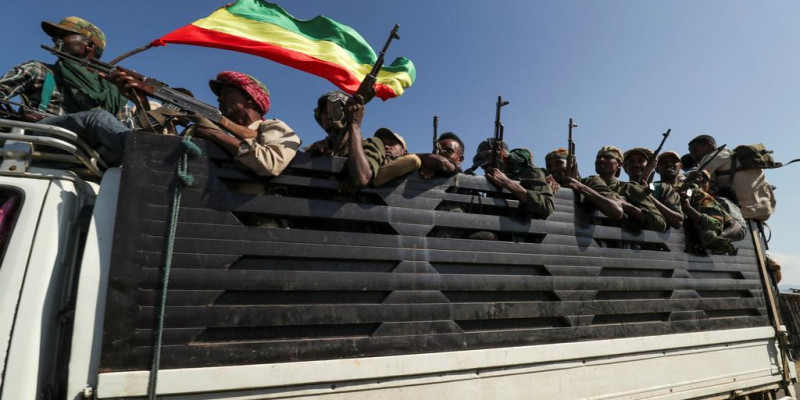 Ethiopia’s rocky road to democracy has been hampered by a conflict that has pitted Ethiopian government forces with the allied militia against troops loyal to the Tigray People’s Liberation Front, which is the ruling party of the Tigray region. This is a huge test to Prime Minister Abiy Ahmed’s administration which was greeted with so much optimism and expectations to delicately balance and contain simmering tensions and ethnic divisions that have caused sharp fault lines for decades in her poltical landscape.

The conflict has attracted interest in the Great Lakes region with President Yoweri Kaguta Museveni urging for dialogue to end the conflict. The news that Uganda was going to initiate talks between two parties when Ethiopia’s Deputy Prime Minister met his Ugandan counterpart were quickly dismissed by Ethiopian authorities pointing to the uncompromising stance by the Ethiopian government against Tigray militias who are undermining federal authority in Addis Ababa. As skirmishes continue to plague the country, there is growing uncertainty that the federal government is unlikely to de-escalate and the country may descend into full-scale civil war if no compromise and agreement is reached within weeks.

Analysts say on-going turmoil in Ethiopia will have far-reaching consequences in the horn of Africa and the continent and could disrupt regional geopolitics in many ways creating the tensions in the region that has made it a hot spot for conflict. Ethiopia, the seat of the African Union, is a major player in the affairs of pacifying the continent, so conflict would paint an ugly picture and put it on the spotlight. It is also seen as a haven for refugees fleeing conflict in the Great Lakes region. Either way, the conflict could cause a mass exodus of refugees from Ethiopia to neighbouring countries. Addis Ababa has also been central in mediating peace talks in Sudan and South Sudan which has saved the region from plunging into full scare war which can cause a humanitarian disaster. The current crisis robs Ethiopia the legitimacy and clout to stand out as an arbiter and pacifier in the region.

Move To Curb Gold Smuggling In East And Central Africa.