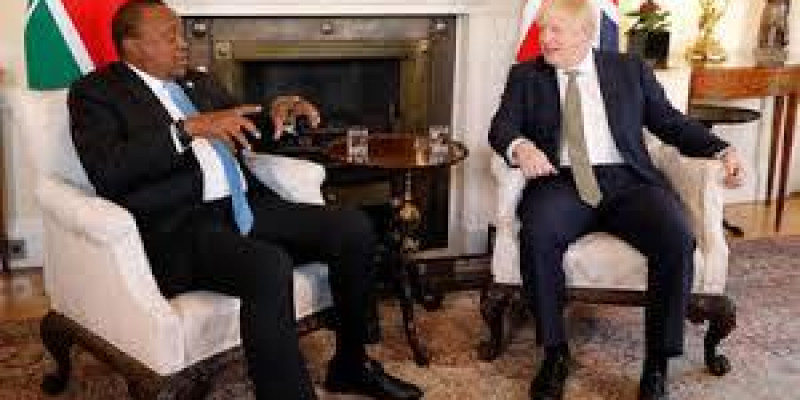 Kenya is on the move to conclude a post-Brexit trade deal with the UK before the end of the year. Its movers say such a deal will respect the integration arrangements within the East African Community. Discussions on a new trade agreement are on-going between Kenya’s President Uhuru Kenyatta and UK Prime Minister Boris Johnson. Kenya wants to reach a deal with Britain by December 31 to replicate one it currently has with the EU. Otherwise, it could lose access due to Brexit and face higher tariffs on its products entering the U.K. market.

The negotiations, which are expected to be finalised ahead of the UK's exit from the European Union (Brexit) on 31st December 2020, will be conducted within the Kenya-UK Strategic Partnership Framework established by the two leaders in January 2020 and the East African Community (EAC) parameters to enhance regional integration. The two countries’ trade volumes stand at a staggering Ksh140 billion ($1.4 billion) worth of goods, with Kenya sending cut flowers and fresh vegetables.

Britain’s negotiations to reach a bilateral trade deal with Kenya by the end of the year are stoking tensions between Nairobi and its partners in the East African Community. Kenya is part of a trade bloc called the East African Community (EAC), which includes Uganda, Rwanda, Tanzania, Burundi and South Sudan. The EAC is also working to negotiate a post-Brexit deal with the U.K but talks are not going well.

Kenya's push to secure its pact with the U.K before beginning negotiations as a regional bloc in 2021 will give it unique trade concessions, which would undermine the EAC's customs union, which operates a common external tariff. Kenya could then face new barriers from other EAC members like Burundi, Rwanda, Tanzania and Uganda who want the EAC to negotiate as a regional bloc. The countries warned Kenya about moving forward on a U.K. deal without consensus would undermine the spirit of the East African Community which wants a single customs union.

The UK, which voted to leave the European Union in 2016, formally left the bloc in January this year. It has a transitional period of up to December 31, 2020. During this time, all previous trade deals it signed with Kenya, through the EU, will continue as normal until the transition is over. It means Kenyan flowers and other goods could continue accessing UK markets quota-free or duty-free. Nairobi, however, risks facing tougher rules should a new agreement not be in place by end of the transition period. If the U.K. strikes a deal with Kenya alone, it could push the different trade tensions between the EAC’s partner states over the edge as they are already blocking goods from each other making the future of regional integration sketchy and shaky.

Burundi Pushes For Extradition Of Rebels From Rwanda.