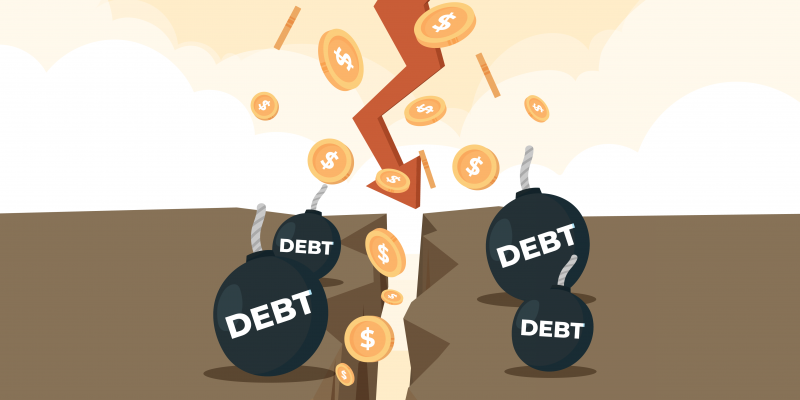 Zambia is teetering in a crisis that is deepening with some commercial creditors becoming increasingly nervous about the country’s debt and unwilling to grant some relief it has been yearning for to pick up the pieces. Zambia is suffering the worst economic crisis at a time when the world is grappling with shocks brought about by COVID-19.  Despite receiving relief under the debt service suspension initiative (DSSI) window, particularly from official creditors, engagements with commercial creditors, the economy has taken a battering over the past few days as the creditors remain sceptical on the performance of the economy. The creditors are worried that the government has exhibited discriminatory tendencies in servicing the debt.

Concern was raised that the Eurobond debt was not included in the request and that Zambia had continued to service all Eurobond payments when they fell due while allowing the accumulation of arrears on other portfolios. There are fears that the exclusion of Eurobond payments from the DSSI request also made some creditors reluctant to grant it as they were concerned that the debt relief would be used to service the debt from other creditors instead of deploying the funds towards Covid-19 stimulus package.

The stock of external debt as at the end of 2019 stood at staggering $11.97 billion and likely to hit $13.55 billion if guaranteed debt for state owned enterprises is included. According to report by the World Bank, the figures have put the government debt at $27.34 billion as opposed to $11.48 billion registered by the end of 2019. The amount stated in the World Bank report refers to the total national debt that includes private sector external debt of $15.57 billion. Zambia has been engaging its creditors to seek their approval for suspension of debt service payments for a period of six months in accordance with the terms of the G20 and Paris Club debt service suspension initiative.

Jubilee Debt Campaign warned back in 2015 that Zambia was at risk of a government external debt crisis, with an increasing debt payment burden and overreliance on copper exports for income from the rest of the world. This crisis has arrived in recent years, with the Zambian government’s external debt payments increasing from 4% of government revenue in 2014 to a predicted 33% in 2020, even before the impact of the COVID-19 crisis.  With a number of African countries struggling with unsustainable debt, Zambia is being closely watched as a case study for how borrowers and creditors might navigate a broader debt crisis and campaigners are calling for reforms in the debt structuring and repayment so as to avoid crisis of this nature.