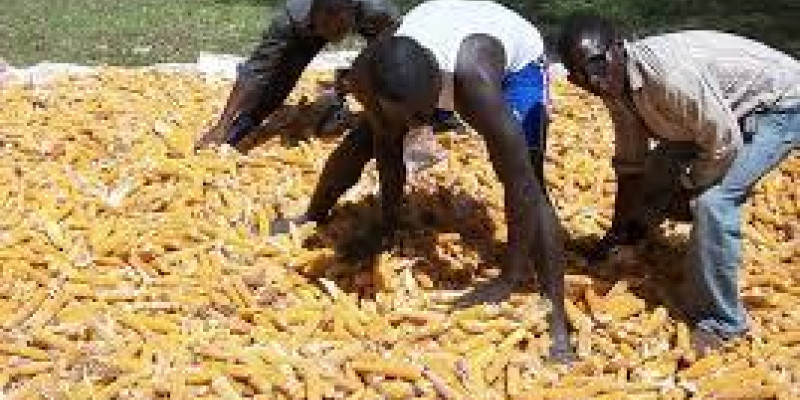 Aflatoxin Bill Hangs In Balance As Tanzania Delays Its The Ratification.

The 27th Meeting of the EAC Council of Ministers held in August 2013 directed the Secretariat to adopt a multi-sectoral approach that encompasses agriculture, health, environment, trade and industry sectors in the implementation of the aflatoxin interventions at national and regional levels. Tanzania Minister of Agriculture, Japhet Hasunga says that ratification of the bill will not be processed in parliament this year because its major agenda will be discussing the national budget in the last session before the General Election.

There have been some delays because as a country is still in the process of reviewing and getting more clarification so as to ensure the protocol brings benefits and are satisfactory. However, the move has been hampered by a number of factors, including failure by partner states to ratify the protocol on time. Dar es Salaam is yet to ratify Sanitary and Phytosanitary Protocol (SPS) 2013, which is supposed to pave the way for the enactment of the new law. East African countries are estimated to lose more than two million tonnes of maize each year due to aflatoxin contamination. Experts warn that Aflatoxin contamination poses a serious threat to human and animal health thus the need to have a law in place to arrest this impeding threat.

Efforts to mitigate aflatoxin at both national and regional levels have remained fragmented due to lack of awareness, inadequate financial support and not having a regional legal framework to fast track the process. The proposed Bill, which is expected to be presented before the East African Legislative Assembly, would provide an avenue for enforcement mechanisms on issues of food safety, plant and animal health.   This bill has been anticipated to put an end to losses accrued from huge amounts of maize from East African countries that get affected by aflatoxin. Aflatoxin contamination above the maximum permissible level of 10ppb in maize have been reported in Kenya, Tanzania and Uganda. In February 2018, the 36th Council of Ministers approved the EAC Aflatoxin Prevention and Control Strategy and Action Plan. The Council further directed partner states to heighten levels of awareness and mainstream the EAC Aflatoxin Prevention and Control Strategy priorities in their national budgets and investment plans.

Maize is a major staple food and the most traded in the region. High aflatoxin levels limit acceptability of agricultural products in domestic and international markets. Consumption of aflatoxin, which is mostly found in cereals and their products, could cause acute or cumulative side effects depending on the levels taken in. According to the World Health Organisation, large doses of aflatoxin lead to acute poisoning that can be life-threatening. Long-term or chronic exposure to aflatoxin has several health consequences and may affect all organ systems, especially the liver and kidneys.

Aflatoxin contaminated food is also associated with adverse human and animal health impacts, including immunosuppression, stunting among infants and young children, and liver cancer in both humans and animals. Aflatoxin contamination in food and feed continues to impede trade, translating to significant financial losses for the agriculture sector. This also undermines the livelihoods and well-being of millions of households who depend on agriculture for their livelihoods.

Grand Renaissance Dam Dispute: Is This About Water Security Or Fight For Geopolitical Hegemony?