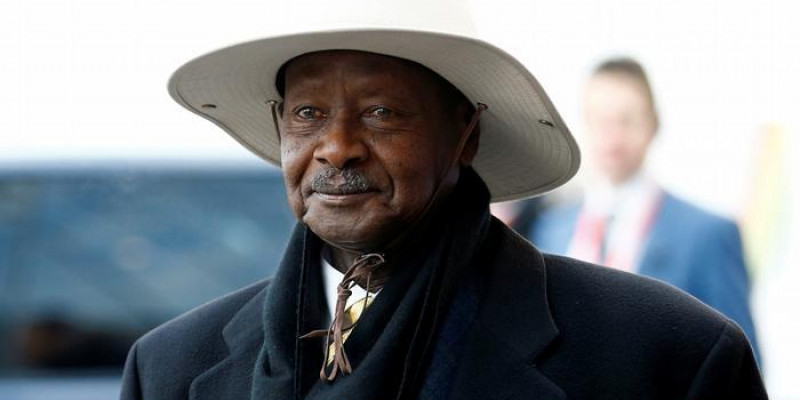 President Joe Biden Administration has finally invited President Museveni among the 49 of 54 African leaders for a three-day US-Africa summit slated for 13-15 December. This comes after genuine fears that he was going to be snubbed having been left out of a democracy summit hosed by US President Joe Biden in December 2021. These fears were largely informed by earlier calls by some leaders in the top echelons of US government to isolate Museveni from the summit. In a letter dated March 28, written by Democratic Senator Robert Menendez, chair of the Senate Foreign Relations Committee addressed to Biden and copied to Secretary of State Antony Blinken and Treasury Secretary Janet Yellen, where he asked Biden to snub Museveni from the Summit, saying that his disregard of basic democratic and human rights norms is inconsistent with US values and foreign policy goals.

Despite Museveni’s troubling track record on human rights, Uganda remains one of the top recipients of U.S. foreign aid and security assistance. “Extending invitations to leaders who benefit from corruption, show a lack of commitment to democracy, or trample human rights norms will undermine the important work this administration is doing in Africa and around the world to promote democracy, combat corruption, defend human rights, and advance the values and interests of the United States,” Menendez added.

Despite these protestations, Biden Administration has extended an invitation to President Yoweri Museveni. The visit is increasingly seen as an opportunity to re-launch a charm offensive that has been a hallmark of his leadership with different US administration over the last few decades.  In the early 1990s, the buzzword was a new breed of African leaders who had been anointed by the west especially US and heralded to transform their countries. President Museveni was a poster boy for this wave of euphoria that was sweeping across the continent. After several decades in power, there is an extraordinary consensus that has sharply divided opinion in the West.

Over the past few years, a section of academia, human rights and lobby groups in the West have presented a damning indictment against President Museveni’s government: autocratic and totalitarian rule of an individual who has maintained a tight grip on power by pocking a few eyes and bloodying a few disjointed noses. So why has the US put up with a President whose once promising and rosy characterization has morphed into that of a tinpot dictator in their very eyes? President Museveni and the US are like a married couple who cannot live happily together yet cannot live apart. Their relations are sustained and nourished by mutual interests rather than shared democratic values. They have over the years been incompatible in many respects yet are welded indissolubly together.

In this way, the interests of the US and President Museveni have become inextricably intertwined. The US has overlooked many of his democratic shortcomings as long as he kept safeguarding her interests in the Great Lakes region. And so, it has always been a relationship contingent on interests rather than high ideals of democracy. Over the years, President Museveni has cemented himself as both a hegemon and a bulwark of stability of the African Great Lakes - a volatile region that remains important on the radar of geopolitics and foreign policy of the US.

President Museveni has fairly pacified Somalia by contributing the bulk of troops for the African Union peacekeeping Mission in Somalia (AMISOM) which has transitioned to African Union Transitional Mission in Somalia (ATMIS) and in return, the US has bankrolled his army. He has saved President Salva Kiir government from plunging into total collapse and created a semblance of order necessary to end the political deadlock that had the potential to make the youngest country in Africa a conflict hot spot.  He negotiated the behind the scenes deal of Democratic Republic of Congo’s peaceful change of government and above all positioned Uganda as a haven and role model for refugees even when in some circles, he is increasingly viewed as more of an arsonist than a firefighter.

It’s this odd sort of relationship that the US frequently maintains with President Museveni and recognizes that they need each other for key priorities, and cooperation on a wide variety of foreign-policy issues stretching from the South Sudan question to the Al-Shabab in Somalia, Congo crisis and to the stability of the Great Lakes region in general. But at the same time, they deeply hate each other, reprimand, and admonish each other publicly, and fight bitterly. The US scolds his government over the shrinking of political and civic space, harassment of the opposition and generally abuse of civil liberties. President Museveni chastises the US for giving moral lectures on democracy and meddling in the internal politics of sovereign nations.

Despite being a relationship built on many contradictions, President Museveni has skillfully maintained and manipulated it to his advantage while at the same time aiding the US to expand its foreign policy tentacles without resorting to gunboat diplomacy. So, the US gives Uganda a staggering amount of money more than $970 millions per year to finance its budget deficits and stock its arsenal. The US harangues President Museveni by giving lectures on human rights and presenting a litany of sins by his government while at the same time remaining his biggest benefactor. It is most likely that US will continue issuing these condemnatory platitudes on human rights violations but will be quick to endorse his Presidency and move forward.

There seems to be a trade-off. The US overlooks President Museveni’s human rights record and continue to see him as a tool in its larger geo-political chess game rather than a tinpot dictator who is loathed at home. It is likely that this relationship will remain intact as long as President Museveni is still a too important, too strategic, and too consequential ally to the US. While the US had issued statements and expressions of concern over human-rights violations in Uganda, such remarks have largely remained inconsequential. This was followed by the Visit of US Ambassador to the United Nations Linda Thomas-Greenfield who came to Uganda on Aug. 4, where she met President Museveni. Her trip according to observers was meant to diffuse Russian Foreign Minister Sergey Lavrov’s visit to Uganda which was seen as an attempt to woo African allies who had abstained from UN vote that was condemning Russia’s aggression in Ukraine. Greenfield’s visit was largely to win Museveni- a key ally in the region who has midwifed US interests for decades.

President Museveni thinks he is too indispensable for the US creating the assumption of a certain level of obsession with him. He knows he will ditch the US for Russia and China the moment bad blood starts to manifest in his relations with her. And the West knows reprimanding him may force him to look further to the East (Russia and China) for new allies who are not subjecting him to the same degree of scrutiny. What is clear now, is that, as long as the US still view President Museveni as the only person to guarantee their perennial interests in the region, his craftsmanship to delicately balance these interests and navigate the intricacies of this relationship won’t lose its appeal and persuasive power.