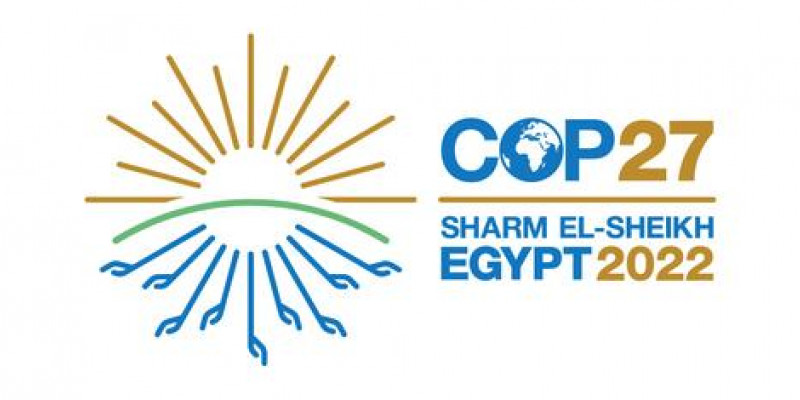 Cop27 : What Happened At The Climate Summit In Egypt.

World leaders, business leaders and Civil Society leaders converged at U.N. climate summit in Sharm el-Sheikh, Egypt, known as COP27 a few weeks ago to take stock of the Previous Climate agreement commitments and set new targets on how to tackle climate change and global warming. COPs have become a hallmark of United Nations Climate Diplomacy where universal consensus and cooperation is generated to find solutions to avert Climate disaster. Under the United Nations framework convention on Climate Change (UNFCC) agreement, member states meet at the COP summits annually to review the implementation of the decisions taken by COP members and further develop a collective approach to addressing global climate change.

Member nations of the  United Nations Framework Convention on Climate Change have met for these Conferences of the Parties since the first one in Berlin in 1995. These summits aim to establish a common understanding of global warming as an emergency, agree upon broad policy objectives, and force the Paris Agreement of 2015. Nearly three decades of COP meetings have not accomplished much in the way of their stated objective to mitigate greenhouse gas emissions globally.

A number of commentators have already declared COP27 — the recent UN climate summit in egypt — to be a catastrophic failure. The talks stalled on key issues and failed to secure commitments to stop greenhouse gas emissions from rising beyond thresholds that will lead to dangerous global warming. Other critical voices are concerned that the whole process is becoming too business-friendly , to the detriment of other perspectives and voices. They have also been criticized by some observers as a waste of time and resources with no tangible outcomes.

After years of hard nosed bargains and compromises, rich governments for the first time agreed to set up a fund to compensate developing countries that suffer "loss and damage" from climate-driven storms, floods, droughts and wildfires. However, it’s still not clear how the fund will be run, how the money will be dispersed and which countries are likely to benefit.

The final COP27 deal didn’t set more ambitious national targets and demonstrate how countries will scale back the use of fossil fuels such as coal, oil and natural gas to rein in climate-damaging emissions. While the deal text called for efforts to phase down use of unabated coal power and phase-out inefficient fossil fuel subsidies, some countries had pushed to phase out, or at least phase down, all fossil fuels.

Ironically President Sheikh Mohammed bin Zayed al-Nahyan of the United Arab Emirates - host of next year's COP28 Climate summit made it clear that his country will continue supplying oil and to meet the world’s energy needs. Poor countries also made a strong case on why they must be given a waiver to continue tapping into their fossil fuels to meet energy needs. A fossil fuel phase out launched at COP 26 in Glasgow failed to recruit members and old members had reneged on past pledges in the wake of Ukraine-Russian war that has seen most of European countries return to dirty energy to contain energy crisis. It’s now increasingly becoming clear that use of fossil fuels is far from over.

The Summit also featured Brazil’s newly elected President Inacio Lula da Silva who pledged to bring back Brazil in the climate fight after years of right-wing President Jair Bolsonaro whose administration saw dramatic reversal of environmental safeguards that had protected the Amazon rainforest which is considered the “lungs of the planet”. Brazil also joined Indonesia and the Democratic Republic of Congo in launching a partnership to cooperate on forest preservation. The trilateral alliance was a product of a decade of on-off talks that continued even as the countries' national forest policies and leaderships changed. They are expected to press rich nations to pay for forest preservation.

As the COP concluded, China's President Xi Jinping and U.S. President Joe Biden met in Bali on the sidelines of G20 where the Presidents of the world's two largest greenhouse gas emitters agreed to restart cooperation on climate change after a months-long hiatus due to tensions over Taiwan. President Biden also vowed US’s commitment towards Climate Change after Trump Administration had backtracked on pledges Paris Agreement.

There was also lack of commitment on financing from rich countries to help poor countries cut their carbon emissions and adapt their economies to the changes wrought by global warming, yet the COP27 final deal demonstrated optimism. Deals struck at the talks also give hope for faster action, chief among them a landmark deal between countries such as the United States and Japan, and private investors to help Indonesia shift away from coal-fired power generation more quickly. Much as there is optimism that COP 27 will build on what has been achieved over the years, there are also genuine fears that this may pass as another summit before another comes up next year.