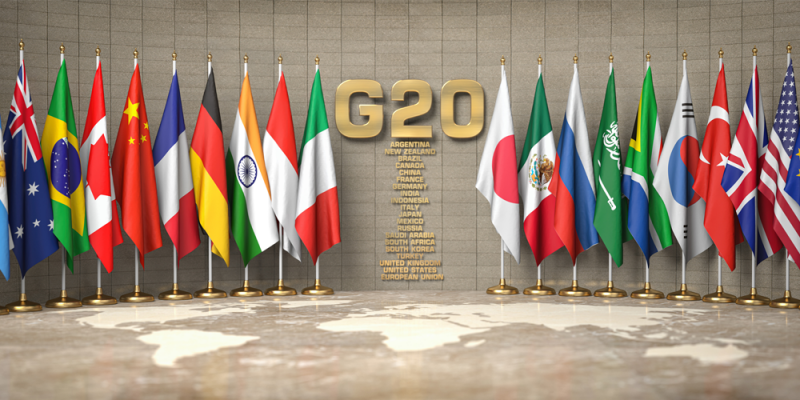 G20 Summit Convenes In Bali Amidst Calls For Reform.

Last week leaders of the G20 nations gathered at Bali’s Nusa Dua resort for the 17th summit of the world’s most advanced economies. G20 countries represent 85% of the global GDP, 75% of global trade and 66% of the world population. While much of the limelight has been focused on post-pandemic recovery and dealing with energy and food security impacted by the Russian war in Ukraine, the place of Africa in a rapidly changing world has again rejuvenated the old debate that has been pushing for Africa’s membership at G20.

Despite the growing attention to African issues at the G20, insufficient steps have been taken to integrate African viewpoints within the forum. South Africa is the only African country with a permanent seat at the table, and it can hardly speak for the entire continent. In an effort to include more African perspectives, observer status was granted to the chair of the African Union (AU) and a representative of the AU’s Heads of States and Government Coordination Committee of the New Economic Partnership for Africa’s Development (NEPAD) in 2010. However, their attendance has always been limited to the actual summits and does not extend to the preparatory meetings and working groups, where most of the substantive work is carried out.

How did we reach this point? How did the world’s developed countries manage to engineer a scenario in which they continue to control the levers of global economy? How did the world’s most powerful countries manage to hold so much power and wealth and influence against the second largest and second most-populous continent? Some analysts think the lack of equal representation at G20 is a deliberate effort devised by global powers who truly abhor inclusion of Africa from the global participation by keeping it on the periphery of global affairs. The architecture of global political economy finds the very idea of inclusion offensive, an unhealthy distraction from the main objective, which in a way has always been hegemony’s main objective.

Unchecked and unquestioned, the hegemony as never merely contented itself with a seat at the table, but will invariably demand the power to make its own rules. This, in large part, is what appears to have happened here. As heads of the world’s top 20 economies met in Bali for the Summit, there was an acrid sense of timing too: the notable absence of Russia’s President Vladimir Putin in the wake of Russian-Ukrainian war that has devastated global supply chains and the government of the Arab Republic of Egypt was hosting the 27th Conference of the Parties of the UNFCCC (COP 27), with a view of building on previous successes and paving the way for future ambition to effectively tackle the global challenge of climate change.

At the heart of G-20, is a distaste for the basic notion of reform. The Summit instead of transforming global governance, has reinforced the status quo. It has over the years since its inception reproduced many oligarchic tendencies in global governance. While it should have more inductees who can operate along new rules of the game and under a new multilateral ethos of difference, the G20 still remains an elite club of self-appointed rulers, with arbitrary rules of membership and many processes of cooption and discipline.

Created in 1999 as a forum to manage the global financial and economic system, the G20 initially brought together the finance ministers of the world’s 20 leading industrialized and emerging economies to promote financial stability. Since then, the G20 has been elevated to heads-of-state summit level and its scope has broadened beyond economic issues. Topic areas relevant to the African continent, such as food security, infrastructure, health, and migration, have regularly been placed on the G20 agenda, ensuring at least a partial representation of African interests at the forum. However, the G20 has not systematically engaged with Africa, with African voices being largely absent from the gatherings.

Africa featured on the agenda in 2010, when the G20 created a permanent Development Working Group and adopted the Seoul Development Consensus for Shared Growth, a framework for economic growth based on private-sector development and equal partnerships between low-income countries and donors. G20 interest in Africa increased in 2014, when the Ebola epidemic swept through West Africa. The G-20 vowed to build capacity to prevent, detect, report early and rapidly respond to infectious diseases like Ebola. Other initiatives, such as the 2016 commitment to support industrialization in Africa, indicate increasing interest in the region.

The push for a new economic policy in Africa has been given extra momentum by the G20’s increasing strategic and security interests in Africa. The idea that engagement in Africa is driven by little more than altruism has given way to a more hard-headed approach as security and diplomatic stakes in the continent have risen. Other G20 members with important stakes in Africa—including China, Turkey, and India—benefit from this shift in emphasis.

President Paul Kagame one of the few African leaders invited to G20 Summit alongside South African President Cyril Ramaphosa, made a case on why Africa should have a voice at the Summit to address its challenges.  He was particularly speaking in a session on "Food and Energy Security" in his capacity as the chairperson of African Union Development Agency (AUDA-NEPAD) at the ongoing summit in Indonesia. Kagame highlighted that the gap between developed and developing countries has widened significantly, because of the Covid-19 pandemic, conflicts, and the climate emergency, which means higher borrowing costs and more debt for developing countries. He also pointed to the rise in food and fertilizer prices which is "particularly alarming," adding that the contribution of current food systems to greenhouse gas emissions was emphasized during the recently concluded COP27. "Africa is here for Africa, and our productive relationship with the rest of the world. We have specific challenges, which are made worse by these external factors, and too often our people are left to pay the price," "Developed countries hold the key to creating the necessary fiscal space to address these challenges." President Kagame said.

Among other voices that are calling for reform of G2O is the South African President who stressed that the representation would allow African countries to more effectively press the G20 group to implement its pledge to help the continent to cope with climate change. “We call for continued G20 support for the African Renewable Energy Initiative as a means of bringing clean power to the continent on African terms," Ramaphosa said. “This can be best achieved with the African Union joining the G-20 as a permanent member,” he told the gathering. While so many voices have called for Africa’s inclusion at G20, so many of the objections to reform remains rooted in stubbornness, in hopeless idealism, perhaps even in nostalgia for a world that no longer exists and can no longer exist. It’s time for African leaders to stand up and challenge the notion that African affairs should be run from Washington, Brussels, or Beijing.And for G20 Summit to continue isolating Africa alone betrays the basis of multilateralism and shifting contours of global cooperation.