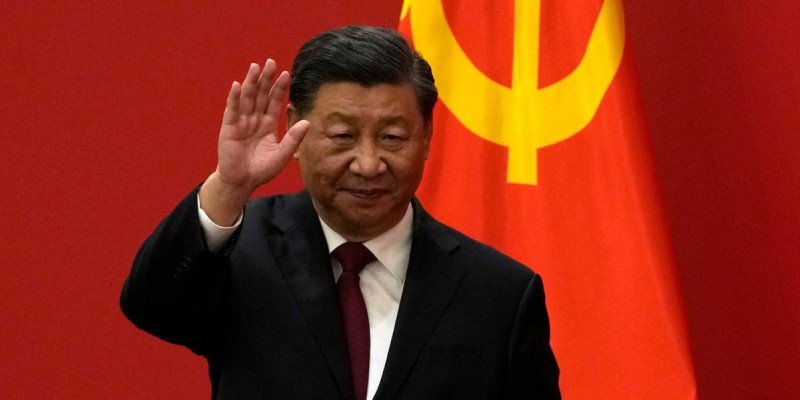 After nearly a decade in power, the Chinese Communist Party has cemented Xi Jinping’s power by electing him, breaking with the tradition of general secretaries serving only two five-year terms. While the previous administration’s policies toward Africa have shown several new trends that illustrate Beijing’s evolving priorities and strategies on the continent, there is a feeling that the contours of Chinese Policy in Africa are going to build on what Xi’s administration had achieved since his ascension into office in 2013.

Xi Jinping’s Presidency has seen China's relations with Africa reach new heights, economically and diplomatically. During nearly 10 years in power, Xi's trademark Belt and Road Initiative (BRI) saw massive infrastructure projects rolled out across the continent, his government tripled China's financial commitments at the first Forum on China–Africa Cooperation (FOCAC) held under his tenure and swayed more African governments to support Beijing's positions at the United Nations. China’s Belt and Road Initiative- one of the most ambitious infrastructure projects ever conceived has been the hall mark of Xi's legacy in his engagement with Africa.

Launched in 2013, the vast collection of infrastructure development and investment initiatives is intended to connect China with Africa by knitting the continent with railways, roads, airports, and ports expanding Chinese economic and political influence. The project is increasingly seen as an unsettling extension of China’s rising power, and as the costs of many of the projects have skyrocketed, the opposition has grown in some countries which have become highly indebted. Some analysts share the concern that the Belt and Road Initiative could be a Trojan horse for China-led regional development and military expansion. The re-election of Xi is being seen as a continuation of Beijing’s policy which has been projected as a more appealing economic vision for African governments.

Observers in the West view Xi Jinping’s election as a move that will reinforce Chinese influence in Africa further eroding and weakening democratic gains that have been painstakingly achieved over the years. Some analysts think this could inspire a mood in Africa to further change or manipulate constitutions so that party leaders can become life Presidents. While Sino-Africa relations have been stable since the beginning of the 1990s, there are genuine fears that Xi’s third time will embolden an authoritarian streak of African leaders in their dealings with Beijing. Paul Nantulya, a Chinese expert at the Africa Center for Strategic Studies in Washington says Xi Jinping has taken the China-Africa relationship to the highest level that it's ever been since the era of Mao Zedong. He speculates that adding that with Xi sure to get a third five-year term, and perhaps even stay in power longer, he expects those relations to strengthen even more.

At a time when US’s role is shrinking in Africa. Beijing Administration under Xi is likely to pursue a foreign policy that seeks to maintain geopolitical relations that align with Africa as Washington's influence wanes on the continent. This could mean more engagement on economic and political fronts.  After securing his iron grip on power at home, Xi Jinping will be now shifting his eyes onto the world’s stage – in person – in an apparent bid to bolster China’s standing amid rising tensions with the West that is fighting for turf and control in the global affairs in general and Africa in particular. A meeting between Xi ping and Tanzanian President Samia Hassan Suluhu last week after being re-elected for the third time is the first state visit of a foreign leader from Africa and is a clear indication of how important the continent is towards his foreign policy.

Yun Sun, a Non-resident Fellow on Global Economy and Development at Brookings Institute says China’s Africa strategy is not free of problems or controversies. The most vocal criticism inside the Chinese policy community is that China fundamentally lacks an African strategy and commercial interests have overtaken (and even undercut) other national interests. There is a constant tension between the narrow, mercantilist pursuit of economic interests in Africa and that pursuit’s impact on the overall health of the Sino-African relationship and China’s international image. Meanwhile, the proliferation of China’s commercial actors in Africa in recent years has made government supervision and management particularly challenging. Beijing’s inability to cope with the rapidly expanding Chinese presence in Africa is exacerbated by the lack of political risk assessment and the absence of a comprehensive commercial strategy for Africa. The resolution of these issues will determine the nature and content of China’s future policy toward Africa while exerting critical influence over the future development of the continent.

Recent Washington pushback to contain and limit Chinese technological dominance under Xi will see Beijing rely even more on Africa’s natural resources, such as cobalt, which is used in semiconductor chip manufacturing. This could deepen the relationship between China and Africa. Africa is increasingly becoming technologically dependent on China certainly dependent on Chinese technology and financing. Many African governments rely on Chinese artificial intelligence systems, and China dominates the smartphone market in countries such as Nigeria, the continent’s largest market, with nearly 200 million cellphone connections. One of China’s biggest smartphone makers, Transsion, markets its Infinix and Tecno brands mainly to Africa’s 1.4 billion people.

China will continue exerting its influence through debt trap diplomacy, especially at a time when Africa’s economies are trying to recover from the vagaries of COVID-19. Beijing is now part of a debt restructuring agreement with the International Monetary Fund, the G-20, and the Paris Club countries. China has shifted its lending toward more targeted investments in communications technology, agriculture, and renewable energy such as wind and solar power. China will likely scale back its funding in Africa given the fact that at the last regional trade forum FOCAC in 2021, Beijing announced $20 million less in funding for the continent.

The consultancy firm McKinsey estimates that more than 10,000 Chinese businesses operate in Africa and 90 per cent are privately owned. Since private Chinese companies now drive much of Beijing’s soft power in Africa, African leaders must start pushing for fairer business terms, as well as other demands from African citizens. The benefits of such Chinese soft power overtures have been demonstrated by how African countries voted on the UN vote condemning Russia’s invasion of Ukraine. Beijing’s position of remaining neutral seems to have largely influenced the way African countries voted. Analysts say China certainly winning hearts and minds in Africa by putting countries of the global south in its ideological corner while the U.S. and Europe are scrambling to play catch-up.

On the economic front, China has increased and expanded its presence on the continent. Since 2006, Nigeria and China have partnered on special economic zones, which offer a fixed-term break from federal and local taxes for Chinese companies manufacturing goods for overseas export. But cheaper Chinese alternatives have decimated Nigeria’s once-thriving textile industry. Meanwhile, in Ghana, private Chinese firms are exploring ways to grow and export cocoa—the country’s biggest cash crop. Similar activities are seeding animosity as Africans accuse Chinese businesses of not only pricing them out of livelihoods but also fueling environmental degradation.

Future partnerships must foresee how goods manufactured by African companies can move up the export chain. African countries are currently implementing a continental free trade bloc that China helped broker. Observers fear that the agreement is likely to harm local industries by exposing them to Chinese firms that outcompete businesses. With Xi beginning his next decade in power, African leaders must begin pursuing what they want from Beijing, rather than remaining accommodative to Chinese interests that are intended to make her a superpower.