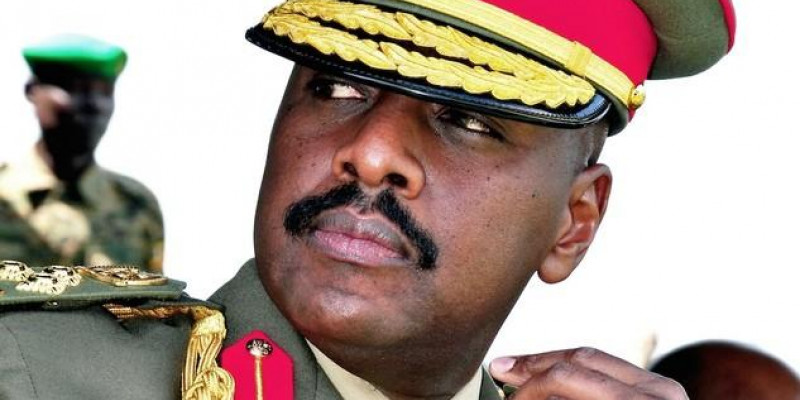 How Cattle Kraal Diplomacy Is Easing Tensions Between Uganda And Rwanda.

In 2019, a diplomatic feud between Rwanda and Uganda saw cross-border movements between the two countries stopped escalating into a border impasse with both countries trading accusations of interference in each other's affairs. This was one of the incidents that have become a hallmark of diplomatic relations between both countries. Similar events have unfolded before in a hot and cold relationship that has come to define Kigali and Kampala's establishment in decades.

The presidents of Uganda and Rwanda, Yoweri Museveni and Paul Kagame, were close allies during the civil wars of Uganda (1981 to 1986) and Rwanda (1990 to 1994). They were also on the same side in the first (Democratic Republic of Congo) war that removed Mobutu Sese Seko, between 1996 and 1997. But the two leaders fell out during the second Congo war (between 1998 and 2003). Uganda and Rwanda clashed over the exploitation of Congolese resources and the management of the rebellion against Laurent Kabila, whose forces had deposed Mobutu Sese Seko. Rwandan and Ugandan armies fought each other in the Democratic Republic of Congo in 1999 and 2000.

A semblance of normalcy was restored between both countries in the early 2000s, but mutual suspicion was harbored by two leaders. A cold war loomed in 2017 and escalated considerably in early 2019. This time, Rwanda accused Uganda of hosting armed dissidents and harassing Rwandans. Rwanda closed its border for three years in protest and efforts to de-escalate the dispute collapsed catastrophically on many occasions descending into three years of diplomatic deadlock. It took the Quadripartite Summit under the auspices of Angolan President Joao Lourenco to bring both parties to the negotiating table. While a memorandum of Understanding and road map was constituted, the tensions remained lingering without any sign of a breakthrough. It turned out that the idea that a dispute which involved Museveni and Kagame was going to be brokered by diplomats immaculately bedecked in Louis Vuitton suits was not only laughable but also an exercise in futility.

For those familiar with the politics of both countries and the character of their leaders, it was not a surprising development. Both are instinctively suspicious of each other. The political behavior of both regimes whose political history is neatly interwoven and intertwined has largely been influenced by the mental programming of both Presidents which seems to be cut from the same DNA. President Kagame who is a product of President Museveni’s National Resistance Army has always asserted himself to wean himself from the image of his Kingmaker. This has created a hot and cold relationship over the years with Uganda- Rwanda relations put into the spotlight. Their armies got embroiled in skirmishes in the Congolese town of Kisangani. The intelligence agencies of the two countries claimed sinister plots by either president to overthrow the government of the other, and worse, to assassinate one another.

The collapse of the Summit once again demonstrated that leaders of both countries were not going to be contained and tamed by the fine and meticulously crafted set of mere commitments and morally binding pronouncements scribbled in a memorandum of understanding of the edition of Luanda Quadripartite Summit. There was no way Presidents with a history of reneging on peace talks were going to attach a high premium on diplomatic pacifying processes to situations like these.

Emissaries that kept moving between Kampala to Kigali carrying correspondence of their Presidents didn’t deliver any meaningful and tangible results. In one of the conversations I had with one of Uganda’s top diplomats, I asked why the first visit of Gen Kainerugaba the then commander of Land forces turned out to be the turning point of de-escalation of impasse where the country’s diplomats had embarrassingly failed to find a breakthrough. He confided to me how higher politics like these which involve military, national security, statecraft and state’s survival could only be solved when Kampala sent one of its trusted confidants that would make Kigali sense a gesture that President Museveni was willing to mend the broken relations.

His visit was an audacious step to build confidence. Kampala and Kigali disputes have always been fixed in the most rudimentary means. Away from the bright lights of formal diplomacy where niceties are traded between governments, the simple yet effective channel of communication has been informal ties to reconcile these frenemies. Indeed, when formal relations have been strained or non-existent between both nations, informal visits have always helped ease animosity.

In 2011, when diplomatic relations between Kampala and Kigali were at their lowest ebb, the Presidents of both countries in a move to forge a new chapter visited each other.  Veteran journalist Andrew Mwenda in his article titled ‘’Burying the hatchet’’ chronicles with impeccable detail how the two Presidents conducted themselves during the visits. He captures the social rendezvous with an eagle eye as both Presidents treated each other during their private visits that led to the culmination of repairing severed relations. At one point he mentions how President Kagame sat in the driver’s seat of his Range Rover Sport and drove President Museveni around his cattle farm where they visited the Friesian and indigenous Rwandese cows. In another episode, he describes one night when the two presidents went into a private meeting that started at 9 pm and ended at 1 am late in the night at Museveni’s home as their wives sat impatiently in the living room. The meeting was described as cordial, warm and friendly.

In a reciprocal visit which lasted four days, President Museveni spent the better part of it at his host’s country home in Muhazi where the two presidents grazed cows together, a very informal setting that gave both parties a strong bond to reinvigorate a camaraderie of Luweero bush war where life-long memories were formed when Kagame was Museveni’s spymaster in the guerilla war that ushered NRA into Power in 1986. President Kagame gifted Museveni ten Inyambo cows- a gesture with great symbolism in Hima and Rwandese culture which signaled and cemented a genuine friendship.

It demonstrated that despite obvious political differences between them, they are united by certain aspects of their cultural heritage- love for the cattle – perhaps there are more similarities between Museveni and Kagame than either would care to admit. It's these similarities that have made them reconcile whenever there have been fears that their differences were irredeemable. Observers say, it was after this visit that both leaders renewed confidence in each other and decided to turn a new chapter in the relations between both countries before they escalated again in 2019.

It was now natural that President Museveni was going to deploy a similar approach he had used a decade ago when relations between Uganda and Rwanda were strained by deploying his son and Senior Presidential adviser on Special Operations who has gained influence within military circles. This is not the first time the first son had played such a role. In the previous dispute, he worked behind scenes to establish communication channel and informal contacts to start the negotiations between both Presidents in 2011. No wonder the tensions de-escalated after a visit by Gen Muhoozi Kainerugaba earlier this year. President Kagame returned the favor when he came to Uganda to attend his birthday fete in State House Entebbe amid great fanfare and a relaxed ambience. This was followed by the re-opening of the border post at Katuna.

A few weeks ago, Gen Muhoozi Kainerugaba landed in Kigali for the third time this year in what was choreographed as a private visit to Rwandan President Paul Kagame.  While the details and Agenda of the trip remained sketchy, analysts believe it was an attempt to re-enforce commitments and honor conditions that had been agreed upon to de-escalate hostilities. Some even suggested that the thorny issue of Eastern DRC conflict where the first son’s tweets praising Kagame had raised controversy in the face of accusations of Rwanda supporting M23 rebels could have been discussed.

When the first son made two previous trips to Kigali, it was amusing for observers to imagine a four-star General acting as Uganda’s de facto ambassador would midwife talks that would see Rwanda and Uganda bury the hatchet again. Few took his trip to Kigali very seriously given how previous diplomatic engagements had embarrassingly failed to deliver a diplomatic breakthrough. So, the visit was a sort of diplomatic manouver given the intricate and complex issues that were at hand at the time.

The photos and videos were circulating on social media where President Kagame and Gen Kainerugaba took a stroll on the streets of Kigali during bi-monthly Car Free day where residents of Kigali walk to exercise while at the same time promoting environment friendly lifestyles. The following day he was taken to Kagame’s farm where the herdsman recited traditional poems connected with valour in a war of RPF liberation, conquest, Kagame's bravery and cattle something that made the first son beam with excitement. It was sort of a nexus of Kinyarwanda and Ankore culture which has similar striking cultural attributes. In his characteristic style, Kagame gifted cows to the first son just like he had done to his father some years ago. Cattle Kraal diplomacy, a form of informal diplomacy, had once again manifested itself again in the reconciliation in the current Rwanda-Uganda diplomatic standoff.

It has now become apparent that Uganda and Rwanda relations are always salvaged while relying on the most simplest of diplomatic manoeuvres, yet the shared tradition– cattle and poetry which some observers have coined as Cattle Kraal Diplomacy. This has become a tested approach that has been used whenever the official diplomatic engagements have been irredeemably exhausted between both countries. It was akin to how Dennis Rodham used his ‘’basketball diplomacy’ to bring Kim-Jong Un to negotiating table with United States President Donald Trump in 2018.

Ofcourse, no one expects that all the longstanding disputes between Kigali and Kampala will disappear overnight, but one thing we cannot underestimate for sure, has been the role played by these thoughtful yet simple cultural gestures in reducing animosity between the two countries. While Conventional diplomacy requires presidents, Foreign Affairs Ministers, and their diplomats to deal with higher politics through making alliances, signing treaties, and conducting other businesses related to national security, the Kampala and Kigali Establishments have always relied on Cattle Kraal Diplomacy to mend the broken ties.