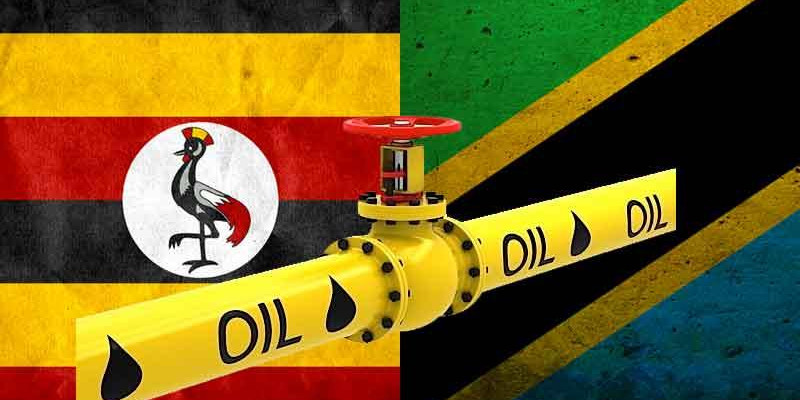 Uganda Moves To Oil Production As It Signs The Final Investment Decision.

After years of hard-nosed bargains and compromises, TotalEnergies SE and its partners struck a final investment decision worth a staggering $10billions to build a pipeline  that will help Uganda exports its crude oil that was discovered in 2006. The French oil giant, along with Chinese Cnooc Ltd and state-owned Uganda National Oil Company reached an agreement that will pump oil from the Tilenga and Kingfisher fields and transport it to Tanga, the longest pipeline in the world. What this means is that Uganda’s oil and gas project is now both technically and commercially mature, and ready to take off.

FID is one of the important steps in Uganda’s journey to first oil as it signifies the commitment of the oil companies  TotalEnergies EP Uganda CNOOC Uganda Limited and the Uganda National Oil Company to fund the development of Uganda’s oil and gas project. It therefore, presents an opportunity to unlock the single highest value project in the country, that will bring in an investment of close to $15bn in the next three years within Uganda according to Irene Batebe, Permanent Secretary Ministry of Energy and Mineral Development. This development comes into force at a time when civil society and environmental activists are concerned that new oil and gas developments are a contradiction to international climate change commitments and transition pathways from fossil fuels to greener and climate-smart sources of energy.  The final Investment decision has also been reached amidst calls from the environmental lobby to frustrate potential financing sources for the investment.

Uganda’s oil journey took shape in 2006 when the vast  commercially viable discoveries  were made by Tullow Oil Plc- The London-based Company.  While the country had envisaged starting its oil exports as early as 2015, the development and production processes were beset by disagreements and tax disputes  with some of the companies like Tullow Oil pulling out and selling its shares. This landmark decision between Uganda and Total and CNOOC puts prospects of first oil production to 2025. Experts say the Output is projected to peak at 230,000 barrels a day, which would make the new producer reach new heights among African OPEC members.

With previous disputes resolved and the final investment decision signed into force, the oil companies will now develop the fields and a $4.2 billion, heated, 897-mile (1,444-kilometer) pipeline to transport the waxy crude to the port of Tanga in Tanzania in the next four years. Total owns a 62% stake in that development. UNOC and Tanzania Petroleum Development Corp. each have 15%, and Cnooc holds the remainder. For $10 a barrel of oil equivalent to develop the project, it meets TotalEnergies’s criteria and will generate almost a third of the company’s regional free cash flow, according to Juma Mlawa, a senior analyst at consultancy group Woodmac. Though the government will reap the biggest benefit from the investment, bringing in an estimated $2 billion a year in taxes and royalties at its peak, he said.

The energy sector could see as much as $15 billion of projects in the next four years, according to Peter Muliisa, the UNOC spokesman. “This is a huge investment for this country.” Uganda has plans to build a 60,000 barrels-per-day refinery demand led by General Electric Co. to meet regional demand for a product that’s currently imported. Amidst optimism, there are growing and genuine concerns on whether Uganda will reap tangible benefits from oil at a time when there is a global push back for fossil fuels from conservationists and clean energy campaigners. Analysts argue whether Uganda as a country will benefit as richer economies shift to greener energy.

A group of more than 50 non-governmental organizations  from Uganda and the neighboring Democratic Republic of Congo released a statement after the FID was signed this month, saying the investment would have been better directed to cleaner and greener industries instead of "worsening the climate change impact across the world". There are also fears that the huge infrastructure development that has been constructed just for the oil industry - such as an airport with a 3.5km runway - could end up as white elephants if the oil export does not work out. "If energy transition [away from oil] takes root, there is a risk of stranded assets; where some of the investment you make in the oil production infrastructure does not provide a good return to the country," says Paul Bagabo, the Uganda country lead for the Natural Resource Governance Institute. As Uganda eyes the final production in 2025, many questions still linger on whether she won’t join the long list of oil-producing countries that have been plagued by the oil curse.